The RPG battles of the 80’s and 90’s are back with a vengeance in Battle Legend Infinity! Pit your team of heroes against an endless swarm of monsters in a battle to the death! Starring the ""Descendants of Erdrick"" (a premiere video game cover band) you will fight waves of monsters across multiple environments. Each battle brings exciting challenges and rewards. In this free LITE VERSION: * Quick Play random battles in a variety of environments* 5 Heroes with unique abilities* retro pixel art and chiptune soundtrack* endless game play Get FULL VERSION for:* over 100 enemies to discover * 10 power up boosts* more than 100 treasures to collect * 10 battle grounds to master The battle between good and evil rages on forever! 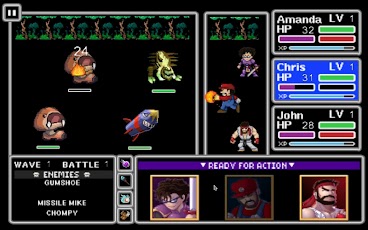 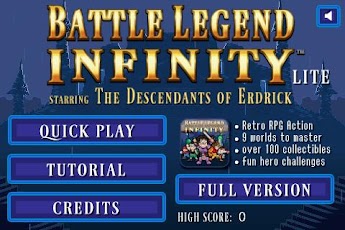 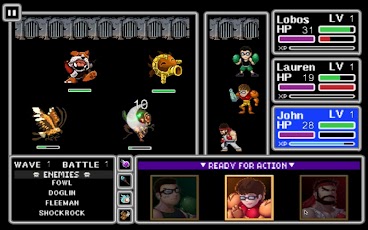