I wrote this app for my father wo has had a stroke.He cannot speak anymore, so after using a sheet of paper with letters on it quite a while. Where he could spell words by typing on the letter.We finally had the idea to buy a tablet, which is easier to handle. And this way he can actually see the letters he typed. But he had difficulties with the standard keyboard layouts(qwertz) and the size of the letters as well.. So i came up with this app with an alphabetic keyboard layout and bigger letters. And some predefined common words he often uses.Communicating is now much simplier.Maybe someone has the same problems, so i put this app on android market for 2 reasons:I can update the app without carrying the tablet home each update and if someone thinks this app could be helpfull then it can be obtained here.I will add more functions from time to time.A drawview has been added and a speechtraining function.A picture gallery has been added, the user can scroll between the different pictures and select one to show what he wants. In the big screenshot he can point onto something special, a red circle will be drawn to mark the desired spot. 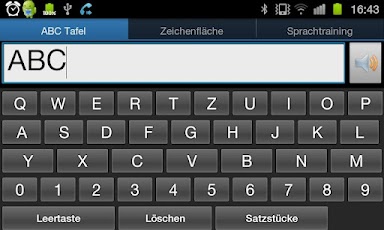 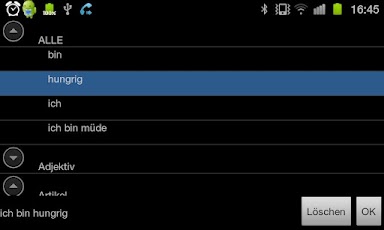 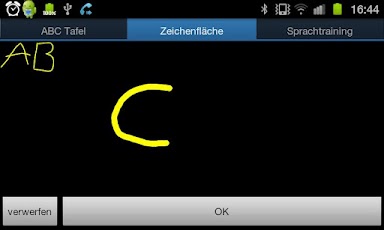 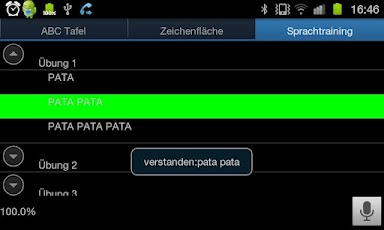