Featured game in over 240 countries!! On sale for the update we have in the works.—Special “Small Download" Version for Samsung and HTC devices! Under 30MB!—✭✭✭✭✭ What the press are saying ✭✭✭✭✭“Roboto is as good as platformers get on smartphones, so do yourself a favor and pick this game up – now."” – Smart Keitai“…you will love it, a polished platformer with excellent visuals and wonderful controls.” – The Play Vault" It’s got a great soundtrack, lots of levels, boss battles, and jaw-dropping graphics. I’m not exaggerating either folks, it really looks that good" – Android-Apps“Simply put, Roboto is out-of-this-world awesome.” – Android Central✭✭✭✭✭FULL CHARACTER CONTROLThis is not an endless runner game. In Roboto you take FULL control of the character to navigate crazy platform jumps and shoot off of skatepark ramps. Silky smooth thumbstick and button controls. 2 ways to play – choose either Joystick or L/R buttons. Features full Xperia Play support.CLASSIC SIDESCROLLING ACTION Take a walk down memory lane to your favorite platformers of the 80’s and 90’s (if you’re old enough) ^=^Stomp on enemies, collect coins, find hidden power ups, shoot everything – even battle giant endbosses!HD GRAPHICSTop notch, high res textures throughout the game. No pixelated blurryness here!AWESOME CHARACTER UPGRADES Earn new weapons and armor upgrades to aid in your epic quest to ask out the robo girl of your dreams.OPENFEINT Tons of achievements to unlock and level leaderboards for ultimate bragging rights via OpenFeint. Roboto is a BIG game and requires a device with at least a 1Ghz processor for optimal performance. Now with SD support!For more updates and news on Roboto and upcoming Fenix Fire games, follow us on twitter @FenixFireTweet or on Facebook at www.facebook.com/fenixfiregames! 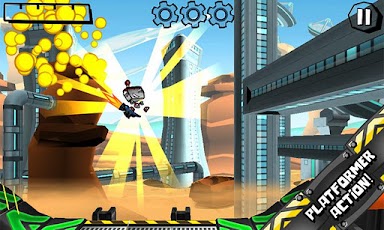 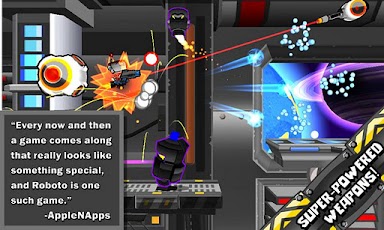 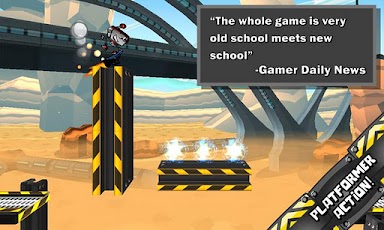 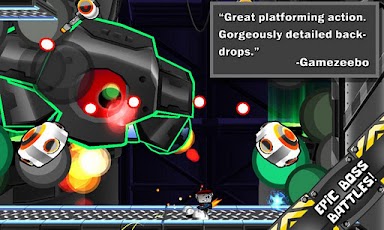