The Saga of the Volsungs

Review"[Byock is] very successful in his adept renderings of Eddic rhythm… The translation of prose is equally fine." — Judy Quinn, ParergonProduct DescriptionThis is an electronic edition of the complete book. This book features the table of contents linked to every chapter. The book was designed for optimal navigation on Android.************With Excerpts from the Poetic Edda. Translated by Eirikr Magnusson and Morris William.The Saga of the Volsungs. The Volsunga saga is a legendary saga, a late 13th century Icelandic prose rendition of the origin and decline of the Volsung clan (including the story of Sigurd and Brynhild and destruction of the Burgundians). It is largely based on epic poetry. The earliest known representation of this tradition is in pictoral form as the Ramsund carving, Sweden, which was created c. 1000 AD. The origins of the material are considerably older, however, and it echoes real events in Central Europe during the fifth and sixth centuries. On the other hand, the only manuscript of the saga, dates to about 1400. In this manuscript, the saga leads straight in to Ragnars saga. The Middle High German epic poem Nibelungenlied is based largely on the old stories, which were commonly known in all of the Germanic lands from the early Middle Ages on, but reworks the material into a courtly medieval setting. A story based on the Volsunga Saga was written by Melvin Burgess, called Bloodtide. Many of the features in the original saga make an appearance, with a few differences in characters, settings and story. In fact, there are many fantasy books that have drawn from this material and many that have retold the original story in a romantic adaptation. One of the most notable adaptations is Richard Wagner’s operatic suite, the Ring Cycle. — Excerpted from Wikipedia, the free encyclopedia. 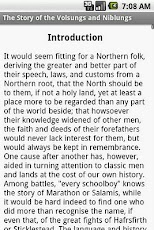 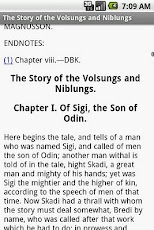