The World of Letters

Wise child = Happy parents :)Help your child learn letters from english alphabet!Welcome to the World of Letters.These four simple games are a fun introduction to the English alphabet and learn to read.Letters Game:The first step in learning the alphabet, is to familiarize your child with the look, shape and pronunciation of individual letters. Use the arrows on the edges of the screen to move from letter to letter in the alphabet. When a letter appears, you will hear audio that matches the letter. The audio helps to reinforce the pronunciation of the letter and identify words which begin with that letter’s sound. Just click on the letter, or a picture to hear the correct sound.  This is the first step to learn to read.Guessing Game:This game tests your child’s recognition of letters, pictures and sounds. Your child will expand their awareness of each letter by matching the correct sound to the picture that begins with that sound. A letter will appear at the top of the screen. Select all of the pictures that begin with that letter. When you have found all of the pictures, a message will allow you to either quit or play again.Writing Game:In this game, your young child will learn to read and write for the first time by using their finger to draw letters. Use the arrows on the edges of the screen to move easily from letter to letter. Press the "Tune" icon to hear the letter. Use the "Erase" button to clear the screen and write the letters again. For more fun, change the color of the pen to blue, red or yellow."Feed Me" Game:This educational arcade game will challenge your child’s motor abilities. To play, feed our mascot, NummyNummy. Tilt the phone to bring NummyNummy to the food. Every time NummyNummy eats a magic ball, a letter of the alphabet will be displayed along with the sound for that letter. The more balls NummyNummy eats, the more letters you’ll see and hear.Aaditional functionalities:* written and printed letters option,* sweeter graphics :)Enjoy !!!letters, preschool, abc, writing, learn abc, read, learn read, 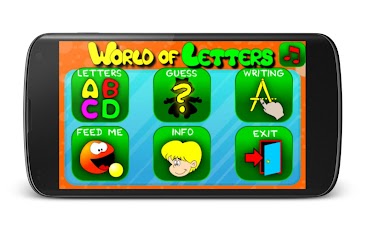 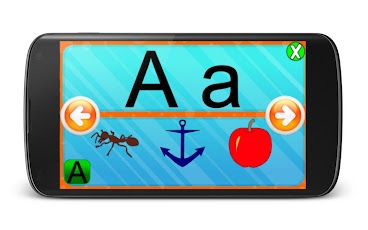 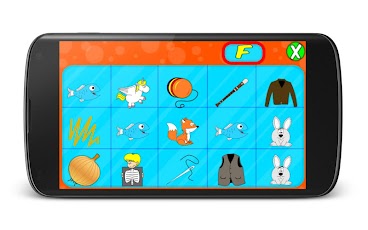 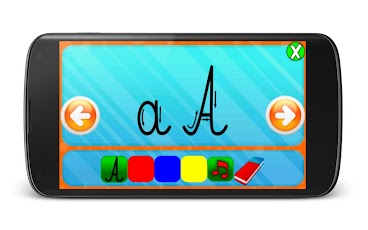