Does an Android Tablet Stack Up Better than a Handheld Console for Casual Gaming?

If you are someone who likes to game on the go, then you may have considered the possibilities of owning a touch screen Android tablet versus a specifically designed handheld gaming machine like the Nintendo 3DS or the PS Vita. Both are a lot of fun and can make things like your daily commute or any other boring downtime fly by in a blitz of addictive, fun gameplay. But which should you choose if you are looking to buy a handheld gaming device? 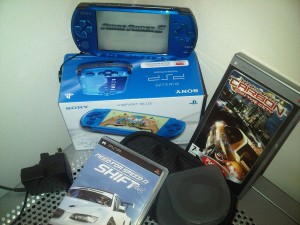 The Argument for Handheld Consoles

Let’s face it – playing Android games on your Smartphone is obsolete. With the rising of Android apps and games, and the variety of sources to digest your daily dose of app reviews (e.g., AppsPirate or AndroidPit) there is a demand for a device that generates a better user experience. Handheld consoles are trying their best to be useful for more than just gaming, and you can browse the web and use messaging services on the big ones. However, just like the 4th gen consoles you might buy for use at home, as hard as they try and incorporate other features, they are essentially designed to be gaming devices. This does mean that they ‘do games’ far better than other more multi-tasking based machines like tablets, and that developers who design games for them put all of their emphasis into using the hardware to give the best gaming experience.

While many games can be played both on these types of devices and on a laptop or tablet, the control system tends to be easier to master on a console, and you do get more of a sense that the hardware you are using is properly fit for purpose. You may also find that the graphics look better and there are fewer issues and bugs, because when designing a game for one specific device developers can test more thoroughly, whereas when designing for Android there are thousands of devices that can run your game so you can’t test it on all of them.

The Argument for an Android Tablet

An Android tabletoffers more flexibility than a handheld console from the outset, because it is designed to be a portable computer rather than strictly a games machine. You may also enjoy the fully touchscreen playing environment, however for some types of game you might miss the ‘play pad’ style buttons you will have if you use a handheld console – touchscreen isn’t always the most convenient way to control a game, and how well your game responds can often be affected by the quality of the tablet you are using.

If you want to choose between a gaming device and a tablet, it is really best to think about the titles available and how much diversity you want from your machine. A tablet gives you a wider range of games, but fewer of the big names. However, it can also be used for lots of other purposes very easily, so may be the better option for more casual gamers. However, a games device can more easily let you play big titles and give you a good degree of control over your game, so if you are a serious gamer, the tablet option may be inferior. 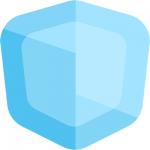