There must be a logic and reason behind this move, because a number of corporations got together and decided to do this in the same day.

YouTube on Monday terminated the Alex Jones Channel, telling The Post in a statement, “All users agree to comply with our Terms of Service and Community Guidelines when they sign up to use YouTube. When users violate these policies repeatedly, like our policies against hate speech and harassment or our terms prohibiting circumvention of our enforcement measures, we terminate their accounts.”

In a series of text messages to The Washington Post, Alex Jones called the decisions to remove him from Apple, Facebook and Spotify “a counter-strike against the global awakening.” He accused Apple and Google of colluding with the Chinese government, mainstream news organizations, the Democratic Party and establishment elements of the Republican Party to misrepresent his views and deprive him of platforms that allow him to spread his messages.

“We’ve seen a giant yellow journalism campaign with thousands and thousands of articles for weeks, for months misrepresenting what I’ve said and done to set the precedent to de-platform me before Big Tech and the Democratic Party as well as some Republican establishment types move against the First Amendment in this country as we know it,” he said.

“You’re on the wrong side of history mainstream media,” Jones said in a text message to The Post. “You sold the country out, and now you’re going to pay for it.”

The Infowars’ YouTube channel had over 2 million subscribers and it was terminated on Monday. Earlier today, Alex Jones and his website were also banned by Facebook and iTunes.

Big Tech is engaging in election meddling and COLLUSION.

When CNN was lobbying to have @infowars banned from Facebook, everyone ignored it.

No matter your opinion on Info Wars, this is an attack on free speech for EVERYONE.

On one hand, this is the best (as in free) publicity for Infowars and Alex Jones one could think of. On the other hand, this is only the beginning of the political campaigns of 2018. I bet this is going to get very ugly indeed. The decision made by big tech on Monday was due to pitch fork waving mobs claiming Alex Jones is a hate-monger conspiracy theorist.

I would like to see something on AJ’s show that is criminal and/or illegal. For the most part, his show is rated PG 13 as far as swearing goes, unlike many others on YouTube, who never got kicked out from any platform, nor boycotted by advertisers. As far as I know, conspiracy theories are not illegal, but I may be wrong. Also, he’s been there since 2000, and he never bothered anyone really. It’s never been a problem before. It’s also beyond me why are people taking for-profit corporations’ claims seriously, when they basically form a trust, which can decide at any point who is or is not allowed on the internet. There are only 5-6 companies which control everything, and they can’t be tasked nor trusted with taking care of the free market of ideas the internet has become.

Think about it: if a millionaire internet rock-star like Alex Jones can be banned from YouTube/Facebook on a whim by a pitchfork waving mob, what protection do you have as a content creator/blogger or whatever? What’s the point of creating content anymore, if at a moment’s notice, because other people become suddenly offended at your political beliefs, you can just be let go off? We have gotten to the point when the world economy is so intertwined with a handful of big tech firms, you almost cannot make a living without a presence on these sites, if you’re a business or you brand yourself or whatever. There’s too much money and political power at stake, as human communication takes place on the internet at this point. Even emergency services use groups like Twitter and YouTube, even politicians have pages/accounts and what not, from where they can interact with their constituents. They should be considered public utilities, as in they have a right to make a profit, they compete within a capitalistic framework, and they allow free speech under the 1st and 4th Amendment, and under the purview of US Courts. 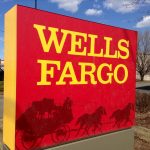 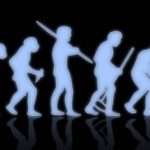