For whatever strange reason, the Finnish company HMD that’s responsible for reviving the Nokia brand, chose to first launch their latest mid-range droid, the Nokia 5.1 Plus respectively, in China of all places. This is a very interesting marketing strategy, considering how huge (and overcrowded with local brands) the Chinese market is. Today’s news arrives via a leak of a promo poster of the rumored Nokia X5 (the brand-name for the Chinese market) also known as Nokia 5.1 Plus for the international version. The leaked surfaced on Baidu, and claims that the Nokia 5.1 Plus is set to land on July 11 in China, less than a week from now, and it will boast a price tag of $150 for the 64 gigs version and $120 for the 32 GB flavor.

If you’r already excited, hold your horses, because HMD Global usually sells its smartphones at a more affordable price-tag in China, i.e. we should expect for the price of the 5.1 Plus to go up a bit for the international version. According to what we know so far from TENAA with regard to this droid’s tech specs, the Nokia 5.1 Plus will arrive with a Qualcomm Snapdragon 600 series system on chip, or a Helio P60; the amount of RAM on-board is supposedly 3, 4 or 6 GB, depending on the version (and the rumor). The display will have 5.86 inches in diagonal and a resolution of 720 x 1520 pixels. The main camera would consist of a dual-setup 13 MP + 5 MP on the back panel, while the selfie-shooter would have 8 MP. The battery supplying the juice for the little monster is rumored to have a conservative 3000 mAh capacity. 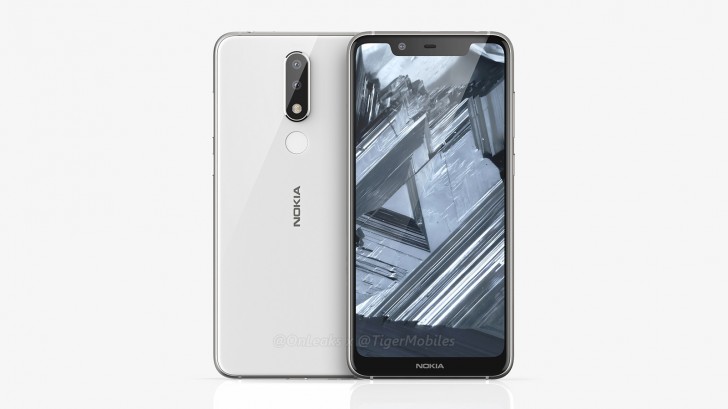 The leak via Baidu also talks about 2 upcoming Nokia smartphones, one boasting a QSD 710 SoC, which means an upper-middle-class droid, while the other would make for Nokia’s next flagship, arriving with a Qualcomm 845 system on chip. The first should hit the market sometime in Autumn or Winter of 2018, and it would make for a follow-up of the Nokia 7 Plus. The next flagship will have an in display fingerprint scanner and a massive cool camera, a “best in class” kind of a deal. Stay tuned and keep your fingers crossed.