The United Nations just warned that world’s biggest social media platform Facebook risks being dragged into international war crimes trials. The reason would be that social networks may be involved in future human rights violations by allowing “hate speech” to flow freely on their platform. Obviously, this is yet another call for social media/big-tech to address the “hate speech” issue. The UN’s human rights chief Zeid Ra’ad Al-Hussein, which is a special kind of joke, since this guy is representing Saudi Arabia, a country with a dismal record in regard to human rights violations, has argued that Facebook risks becoming an accomplice of sorts in war-crimes, hinting that the company did not take the Burma situation seriously, i.e. Facebook allowed for “hate speech” to incite violence on their platform, or something along these lines.

According to a UN report from last week, Facebook allegedly allowed for hate speech to spread freely on the platform, hence it became an accessory to the atrocities that took place in Burma. Facebook banned on Monday a number of accounts pertaining to Burmese military officials. 700,000 Rohingya Muslims had to flee the country, fearing mass murder and rape, according to mainstream media reports. Hussein asked for Facebook to become subject of international regulation by international human rights law in the future (as opposed to government law), in order to prevent “hate speech” to go viral on the platform.

“We felt early on very uncomfortable with what we were seeing in Myanmar, (but) in the early meetings that we had with Facebook, I didn’t think they were taking it seriously. Hopefully they’ve now awoken. They have to be sure that they know where they are and what side of the law they are on.”

One may argue that UN is an unelected bureaucratic body, a globalist institution which serves no practical purpose and has a dire history in managing humanitarian crises and conflicts. So, let’ ignore the UN. Let each country that wishes to censor do so internally – within its own borders. It is not up to Facebook to determine what an individual can or can not say. Facebook is not an arbitrator of freedom of speech. The UN is an irrelevant body that serves no discernible useful purpose. Moreover, there is no such thing (no legal term defined) as “hate speech” There is free speech, or there is censorship. There is no in between. This is a farce used to silence dissenting voices, mostly conservative, because the left has lost the war of ideas.

Hate is not a crime, it is a human emotion. Good luck at criminalizing emotions.

How To Promote Your Android App / Game – 4 Awesome Tips 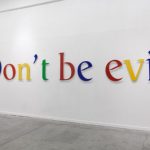