Buckle your seat belts because here it comes Nekki’s Shadow Fight 2 for Android, the sequel with a vengeance!  If you’re a droid-head and you enjoy chewing bubble gum and kicking ass, boy, this awesome mix of classical fighting and RPG is the one for you.

After its initial launching back in May, Shadow Fight 2 conquered the hearts and minds of its users and became an instant hit worldwide. The free-2-play game will take you to Hell and back, and I’m not mincing words here. Your character (Read HERO) must be equipped with state of the art gear and all sorts of bad-ass weapons in order to be capable of slaying countless numbers of villains and finally, to confront 6 devilish bosses.

Shadow Fight 2 can be regarded as a homage to the old-school games, blockbusters such as Street Fighter or Tekken but with superior graphics and an advanced game play. After all, it’s 2014 and the world evolved quite a bit, doesn’t it?

This Android game is quite addictive and playing it is very easy and intuitive. It was designed for touchscreen devices and you’ll have to use a virtual joypad to make your character kick, jump, punch or whatever. The game is absolutely free but you can also improve your character’s gear via additional in-app purchases.

Just pay a visit to Google Play Store,download and install the game and let the battle begin! 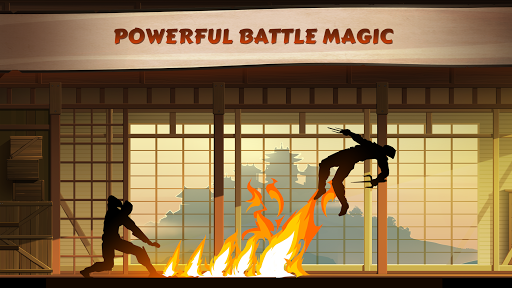 Mobizen, The Android App Everybody Loves