The A+ certification demonstrates competency as a computer technician. Officially, CompTIA A+ certification is a vendor neutral certification, that covers numerous technologies and operating systems from such vendors as Microsoft, Apple Inc., Novell and some of the Linux variations. The A+ certification exam was developed in 1993. There have been four versions of the A+ exam, the 1993, 2003, 2006, and 2009 objectives, which are broken down into two separate exams. The 2003 objectives contained the A+ Core Hardware Exam and the A+ Core Operating System Technologies Exam, and were retired on June 30, 2007. The 2006 objectives require that a candidate successfully pass the A+ Essentials and one elective: IT technician, remote support technician, or depot technician. The 2009 certification requires passing two exams: Essentials and Practical Application.The A+ exam is intended for information technology professionals who have the equivalent of 500 hours of hands on experience. The exams are computer based and composed of multiple choice questions, of which there may be more than one correct answer. Over 800,000 people have earned the A+ credential worldwide, to date. (Wikipedia)285 CompTIA A+ Acronyms to help you study for your certification. Multiple Choice Quiz, Flash Cards, Dictionary for easy reference. 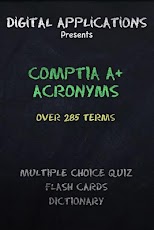 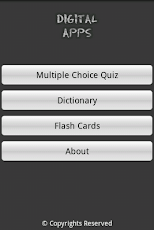 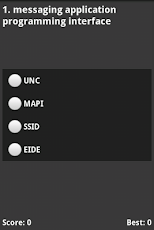 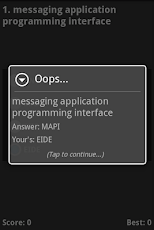