Arabic alphabet is used by more than 220 million persons in over 30 countries like Afghanistan, Algeria, Bahrain, Chad, Cyprus, Egypt, Eritrea, Iran, Iraq, Jordan, Kenya, Kuwait, Lebanon, Libya, Mali, Mauritania, Morocco, Niger, Oman, Qatar, Saudi Arabia, Somalia, Sudan, Syria, Tanzania, Tunisia and many more being the second more extended alphabet in the world.With Arabic app you can learn all chars from standard Arabic alphabet in its different forms depending on whether they appear at the beginning, middle or end of a word, or on their own, with easy to use multitouch interface and check your advance with test.This version of the app include all 28 chars of standard Arabic alphabet in isolated, beginning, middle and final form and transliterated sound of each char.Keep in touch with us at http://twitter.com/stopapps">@stopapps<a> to be informed about latest updates and newest apps. 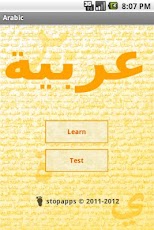 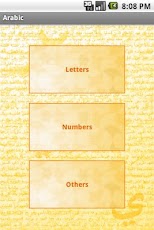 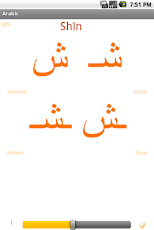 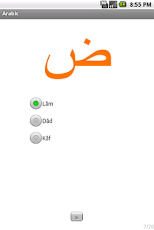