Drive your hot-rod beach buggy as far as you can into the uncharted depths of a mysterious tropical island!Swerve and smash through a gorgeously detailed and completely destructible world packed with Tiki statues, grass shacks, giant crabs, lava monsters…even yetis! Explore sun-swept beaches, secret caves, fog-shrouded swamps, ruined temples and erupting volcanoes in this action-packed quest of discovery and mayhem!Build a performance-boosting collection of upgrades and powerups! Unlock new vehicles like the Lightning muscle car and Rock Stomper monster truck. Upgrade your cars and customize their paint jobs. Collect wacky new characters. Unlock and upgrade amazing powerups like the fire-spitting Boost, the coin-tastic Coin Bubble, and a Shield that turns you into a unstoppable smash-everything force of destruction!WHAT THE REVIEWS SAY:”All-in-all a breathtaking dollop of gorgeous eye-candy that blows the mittens off most other games.”- Android Tapp, Rating: 4/5″A rare gem of a game that transcends ages and looks as good as it plays.”- Gaming Illustrated, Rating: 92/100″Awesome racing game with heavy physics coming at you from all angles.”- Slash GearGAME FEATURES:? 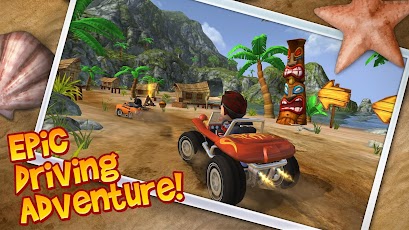 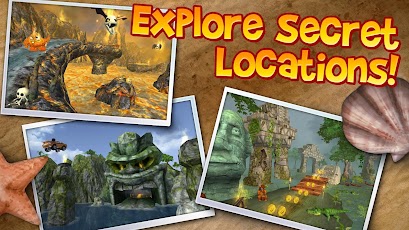 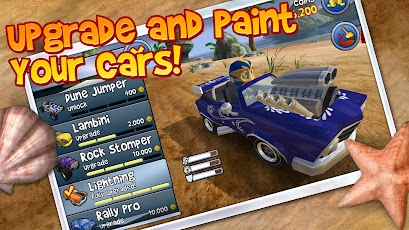 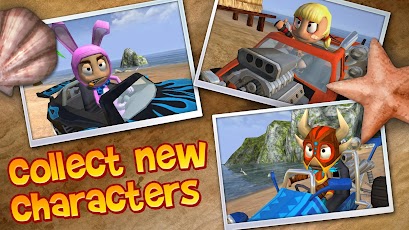