Play Dolly Parton’s songs without the need to search for it in YouTube.Simply type in the song’s code from the list and play, just like a JukeBox !Also, You can choose any video of your choice, register it with any available code to personalize your own JukeBox!Internet connection is required to use the Jukebox.Enjoy. Dolly Rebecca Parton (born January 19, 1946) is an American singer-songwriter, multi-instrumentalist, actress, author, and philanthropist, best known for her work in country music.Beginning her career as a child performer,Parton issued a few modestly successful singles from 1959 through the mid-1960s,showcasing her distinctive soprano voice. She came to greater prominence in 1967 as a featured performer on singer Porter Wagoner’s weekly television program; their first duet single, a cover of Tom Paxton’s "The Last Thing on My Mind", was a top-ten hit on the country singles charts, and led to several successful albums before they ended their partnership in 1974. Moving towards mainstream pop music, Parton’s 1977 single "Here You Come Again" was a success on both the country and pop charts. A string of pop-country hits followed into the mid-1980s, the most successful being her 1981 hit 9 to 5" (from the film of the same name), and her 1983 duet with Kenny Rogers "Islands in the Stream", both of which topped the U.S. pop and country singles charts. A pair of albums recorded with Linda Ronstadt and Emmylou Harris were among her later successes. In the late 1990s, Parton returned to classic country/bluegrass with a series of acclaimed recordings.Non-musical ventures include the creation of Dollywood, a theme park in the Smokey Mountains in Tennessee, and her efforts on behalf of childhood literacy, particularly her Imagination Library.She has composed over 3,000 songs, the best known of which include "I Will Always Love You" (a two-time U.S. country chart-topper for Parton, as well as an international pop hit for Whitney Houston), "Jolene", "Coat of Many Colors","9 to 5", and "My Tennessee Mountain Home". Parton is one of the most successful female country artists of all time, and with an estimated 100 million in record sales, she is also one of the best selling artists of all time in any genre.As an actress, she starred in the movies 9 to 5, The Best Little Whorehouse in Texas, Rhinestone, Steel Magnolias, Gnomeo & Juliet, Straight Talk, Unlikely Angel, and Joyful Noise.Parton was born in Sevierville, Tennessee, the fourth of twelve children of Robert Lee Parton, a tobacco farmer, and his wife Avie Lee (ne’e Owens). She has described her family as being "dirt poor". She outlined her family’s poverty in her early songs "Coat of Many Colors" and "In the Good Old Days (When Times Were Bad)". They lived in a rustic, one-room cabin in Locust Ridge, just north of the Greenbrier Valley, in the Great Smoky Mountains in Sevier County, a predominantly Pentecostal area.Music played an important role in her early life, and her grandfather was a Pentecostal "holy-roller" preacher.On May 30, 1966, she and Carl Thomas Dean (born July 20, 1942 in Nashville, Tennessee) were married in Ringgold, Georgia. She had met Dean at the Wishy-Washy Laundromat two years earlier on her first day in Nashville. His first words to her were: "Y’all gonna get sunburnt out there, little lady."Dean, who runs an asphalt road-surface-paving business in Nashville, has always shunned publicity and rarely accompanies her to any events. According to Parton, he has only ever seen her perform once. However, she has also commented in interviews that, although it appears they do not spend much time together, it is simply that nobody sees him. She has also commented on Dean’s romantic side, claiming that he will often do spontaneous things to surprise her and sometimes even writes poems for her.The couple partly raised several of Parton’s younger siblings at their home in Nashville, leading her nieces and nephews to refer to her as "Aunt Granny". 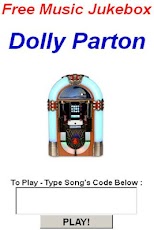 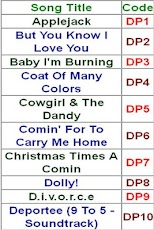