Overkill is about shooting. Overkill is about loving and upgrading your gun. Overkill is about shedding the blood of your enemies and not having yours spilled. You will need quick reflexes and superior aiming skills to shoot your way out of this one. Do you have what it takes to clear all levels?*** NEW MULTIPLAYER ***Find yourself a worthy opponent and compete head-on with other players (3G and Wi-Fi). Become the best and boast your position in the top ranks!GO CROSS-PLATFORM: Have Apple players for breakfast! Take part in the fight and represent your platform!The Novice Tier offers battles featuring slower-paced enemies who take fewer shots before dying. You are issued a standard UMP 45 submachine gun with unlimited ammunition.More skilled players can upgrade to the Elite Tier, featuring enemies who are faster and harder to kill. Elite players compete using M16A4 SPECOPS rifles that can be upgraded to include additional stocks, magazines, scopes, foregrips and other accessories.The Elite Tier includes leaderboards, flying drones, bonus boxes and other features not found in the Novice Tier.The Sniper Tier is for the sharpest of shooters. You will face the most challenging enemies who will use all the resources they can to finish you. Your only friend is the deadly RSASS REMINGTON sniper rifle. Get most of it with powerful upgrades. Sniper Tier competitions last up to to 2,500 points.*** GREAT SINGLE PLAYER ***Civilized society has collapsed and your mission is to kill all you cross. Use an array of increasingly powerful weapons to eliminate anything that stands in your way. A bounty is paid for everything that is killed and destroyed. With the reward you can buy weapons and upgrades. Over 120 combinations of weapons! Fight through 100 waves and 5 extra Hell waves in 5 locations.*** OVER 10 MILLION PLAYERS ***30 RANKSGet promoted from Private to General18 WEAPONS TO UPGRADEThey include AK-47, M4, RPG, RG6, MP7, MAG, MG4, MSR, SCAR, MARV, HK 417, P90, TECH III, MAC UZI, ACR, XM8 & Gatling gun.100 WAVES100 waves with 5 extra hell waves in 5 locationsPLENTY OF ENEMIES TO KILLDifferent enemies to kill, heavy flying drones to destroyOTHER FEATURES• lots of blood, explosions • awesome high-definition graphics• music and realistic sound effects • upgrade your weapon the way you like• detailed Stats to measure your progress (kills, bullets shot, accuracy, etc.)MEDAL STORE AND OVERKILL MEDALS:Overkill is FREE to download. Although some powerful weapons and upgrades are locked. That’s why we introduced Overkill Medals (OM). For OM you can get all the extra stuff that’s in game (weapons, upgrades, themes, etc). There are several ways to get OM:• as In App Purchase• FREE using TAPJOY• by sharing Overkill with friends via e-mail or Facebook• for every promotion 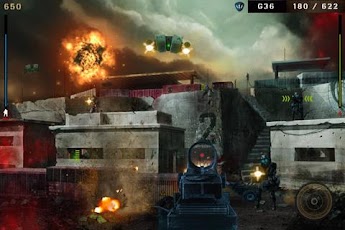 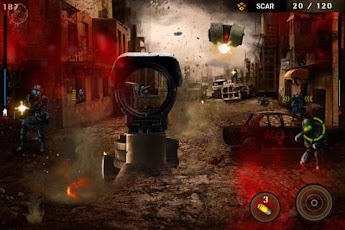 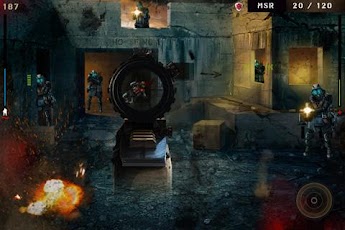 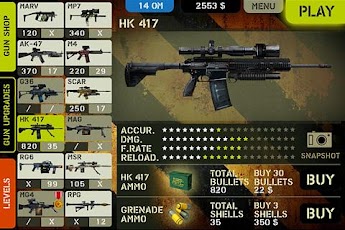