Play The Flying Pickets songs without the need to search for it in YouTube.Simply type in the song’s code from the list and play this virtual JukeBox !The Flying Pickets are a British a cappella vocal group, who had a Christmas number one hit in 1983 in the UK Singles Chart with their cover of Yazoo’s track "Only You".The name ‘Flying Pickets’ refers to mobile strikers who travel in order to join a picket. The band of six was founded by Brian Hibbard in 1982 from a group of actors who had been active with him in John McGrath’s ‘7:84 Theatre Group’, a fringe theatre organisation who had sung a cappella in their production of the 1981 play One Big Blow. The group chose the name The Flying Pickets as band members had played a part in the UK miners strikes of 1972 and 1974. The Flying Pickets came up with the then novel concept of transferring the art of a cappella to the pop music scene. Joining Hibbard in the Group were Rick Lloyd (who also wrote the music to One Big Blow), Gareth Williams, David Brett, Ken Gregson (real name Kenneth Gregory) and Red Stripe (real name David Gittins). The members of the group were internationally renowned for their flamboyant appearance: Hibbard’s huge sideburns, Stripe’s thick eye-liner, and four others showing off gaudy suits and large hats. Two of the other original members, Ron Donachie and Christopher Ryan left the band before "Only You"."Only You", their debut single, was the UK Christmas number one in 1983 spending a total of five weeks at the top, and also doing well around Europe and in Canada, where it hit #17 in the spring of 1984. It emulated the success of the original Yazoo version.Despite the radical Socialist political views of The Flying Pickets, the then Conservative Prime Minister Margaret Thatcher proclaimed to much amusement that it was her favourite record. A second single, featuring Van McCoy’s "When You’re Young and in Love" originally written for Ruby and the Romantics reached number 7 in the UK, but their third, a cover of the Eurythmics’ "Who’s That Girl" barely charted.The height of the group’s fame coincided with the Miners Strike of 1984, when the National Union of Mineworkers called strike action following the National Coal Board’s decision to close 20 pits – a move which would claim some 20,000 jobs. The Flying Pickets were very vocal regarding their support of the miners during the dispute and came to blows with the record label Virgin after they picketed Drax Power Station in Yorkshire. They also performed benefit gigs for the miners. Hibbard himself claimed that their political beliefs probably had a detrimental effect regarding the group’s mainstream image but it was a sacrifice they were willing to make, one well known record store refused to sell the groups albums due to their support of strike action.In 1986 Hibbard and Stripe left the band and were replaced by Gary Howard and Hereward Kaye. Hibbard and Stripe tried to stay in the music industry, forming their own act called Brian and Stripe but their first and only single featuring a cover of Yazoo’s Mr Blue failed to chart, and they returned to their separate acting careers.The Flying Pickets’ line-up has been changing constantly throughout the years, but the band never died; since the Pickets began, there have been about 27 different band members. The last member of the original line-up, David Brett, left the band in 1990. However in 1994, the original line-up (minus Lloyd) reformed to record one more album.Although since 1990 none of the founding members is part of the band anymore, The Flying Pickets keep recording albums and touring all over Europe and abroad. 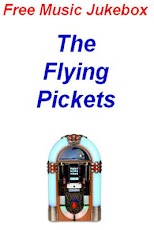 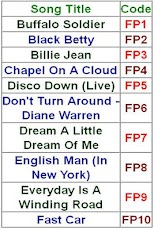