Travels In Morocco By James

About the BookTravels in Morocco [1860]Most discussions of reader-response theories or aesthetics of reading focus on the analysis of fictional texts. However, as one moves outside the genre of fictive narratives into ‘hybrid’ genres, such as travel literature, the relations between author and reader become positioned differently and interpretations are obliged to take into account historical and rhetorical elements which are often more prominent than in most fiction. Subjecting James Richardson’s Travels in Morocco (1860) to the rigorous modalities of reading theories will illustrate the importance of historical critique, as emphasised by Jauss, and will provide a detailed analysis of the relationship between the text and readers, past, present, implied, imagined or real. (1) As a travel narrative, Richardson’s text is characterised by the intricate nature of its texture which incorporates information pertaining to ‘scientific’ presentation of statistical data, ‘objective’ ethnographic representation, economic description and the transmission of the author’s inter-cultural experiences. Structurally, the account defies strict classification in generic terms. The manner in which it combines these varied strands, conventionally assigned to different and autonomous disciplines, such as ‘science’, ‘memoir’ and ‘fiction,’ can be seen as part of Richardson’s attempt to create a dynamic text which moves from the generically peripheral position as travel literature to a more ‘central’ literary location as a ‘useful’ source for cultural, economic and political information. The title and perfunctory ‘form’ of the book as a travel account serves as an established generic vehicle through which the author seeks to inform his audience of overtly moral and implicitly colonialist aims; in other words, there is a pretext and a subtext of meaning which utilises the genre of ‘travel literature’ to accomplish its ‘mission.’ However, this mission depends on the audience of implied readers in order for the text’s meaning to be activated and ‘effective.’About the AuthorJames Richardson, 1806-1851Richardson made an expedition in 1845 from Tunis and Tripoli in Libya to Ghadames and Ghat in the middle of the Sahara. Here he collected information about the Tuareg and arrived after nine months back again in Tripoli. After he had published "Travels into the great desert of Sahara" (2 Books. London 1849), he succeeded to convince the British government to equip an expedition into Sudan and to lake Chad. In March 1850 Richardson went for the second time to Ghat accompanied by Heinrich Barth and Adolf Overweg. He was the first European to cross the stony elevated plain of the Hammada. James Richardson died on this journey on 4 March 1851 in Ngurutua, a six day journey away from Kuka. His travel notes and diaries were published by Bayle Saint John: "Narrative of a mission to Central Africa". 2 Books. London [1853] and "Travels in Morocco". 2 Books. London [1859]. 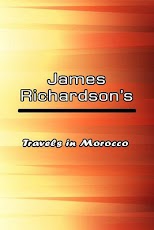 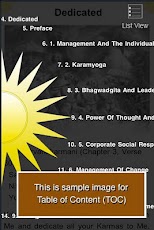