Victoria Justice (born February 19, 1993) is an American actress, singer, songwriter, and dancer. She debuted as an actress at the age of 10 and has since appeared in several films and television series including the Nickelodeon series Zoey 101 and Victorious. She has made appearances in several theatrical releases, including Unknown as well as the 2006 thriller The Garden. She has appeared in several Nickelodeon series, including True Jackson, VP, The Troop, The Penguins of Madagascar and iCarly, as well as on the Nickelodeon game show BrainSurge as a contestant. In 2010 she starred in the Nickelodeon film The Boy Who Cried Werewolf.This game supports multi touch ,you can pinch-and-zoom to see the whole play area.Because we use real HD pictures in this game, so there won’t be a lot of pictures , if you want more , we will publish a series of volumes ,like Rihanna,Beyonce and other celebrities.Powered by AndEngine.App2SD supported.Pictures in this game were collected from all over the web, so if I have violated your copyright, please let me know and it will be removed as soon as possible. 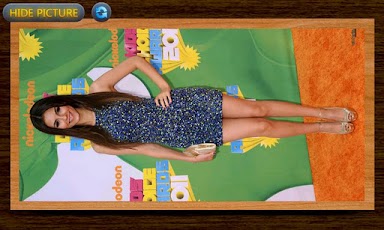 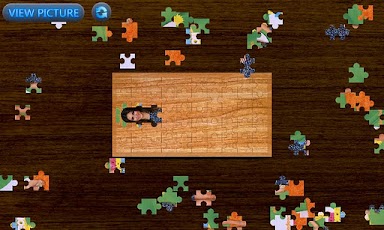