5 New Zombie Games you Should be Playing 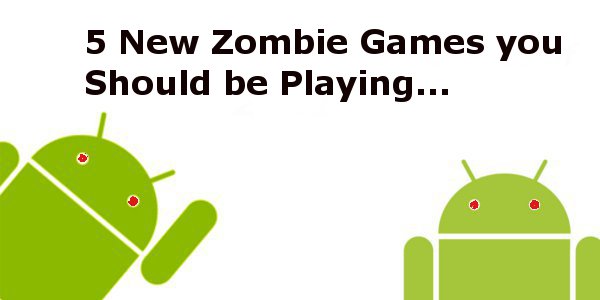 We’ve done a few Zombie related lists in the past, and we thought it was time to do another to let you know about 5 New Zombie games you should be playing. Whether you want to fling em’, shoot them, freeze them or send an asteroid their way… we’ve got you covered.

We’ve already covered Shane Reaction: Zombie Land before and know we’re doing it again, because it’s a damn fine Zombie shooter. Shane has to relive his last 40 days on earth while taking on zombies and warping time. Yup, Shane can warp time and he’s really, really good at killing zombies. You’ll have an arsenal of 8 upgradable weapons and a few mechanical turrets at your disposal and you’re going to need them all to take on the endless zombie hordes. It’s one of the best Zombie shooters I’ve played in awhile and is definitely worth checking out. You can try out the demo or pick up the full version for $1.96 on Google Play. 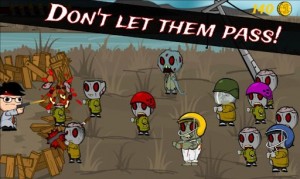 Zombie Lane lets you defend your home and you’ll get to fight back with shovels, shotguns, and anything else you can get your hands on.  You can craft superweapons, build fences, plant crops, and most importantly kill zombies. There are tons of quests to complete and plenty of zombies to kill. You can pick up Digital Chocolate’s Zombie Lane on Google Play for free. 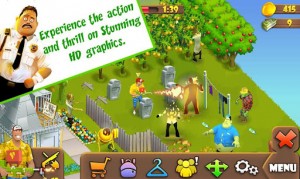 Zynga dropped their first Zombie game a few days ago in the form of ZombieSmash, and it’s definitely not your typical zombie game. ZombieSmash is physics-based flinger of sorts that lets you sling zombies around to keep them away from your home. There are several modes of play including 61 levels in campaign mode, and over 30 specials and upgrades like boulders, mines, and wrecking balls. There isn’t a free version available right now, but the full version will only set you back $0.99 which is a small price to pay for a large amount of zombie killing. 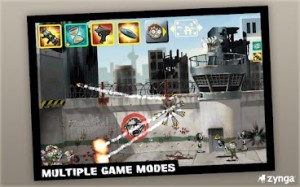 21st Street Games is best known for a funky game called Techno Kitten Adventure, but now they’re in the Zombie business with a new game called The Tossing Dead. The Tossing Dead is like Fruit Ninja with zombies and it’s a whole lotta’ fun. The game has several different modes, 5 different weapons, and 15 different zombies to destroy. There isn’t a free version of The Tossing Dead available, but you can check out the full version for only $0.99 cents. 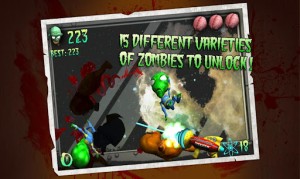 Zombies Wave is a Zombie defense game from the Andoop Team that lets you take on the undead crowded around your house. You’ll need to use any weapons you can find to take them out, but you’ll have to be careful as throwing your weapons can drain your energy. It’s the kind of game that will suck you in, and suck your battery dry after you find out you’ve been playing for 3 hours straight. You can check out Zombies Wave for free on Google Play. 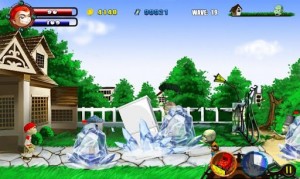