A Successful Return For Mobile Betting

The rise of mobile gaming has been phenomenal as research suggests it makes up over fifty percent of gaming across all platforms, but not one to be completely immune during the current pandemic, mobile betting certainly took a hit during this period of time. As sporting events saw cancellations and postponements, the majority of mobile betting sites instead began to rely on their casino counterparts – but as sporting events have found a wider scale return, mobile betting has found a huge surge in users once again.

The surge of players came from two different directions – the first has been through esports as many online events were able to continue without any disruptions, whilst there had been cancellations for offline events similar to more traditional sporting events, but as online events were still plentiful across multiple games with players either remaining isolated in their own homes or in their team houses and solutions for talent for commentary, these events were able to be streamed online similar to a usual schedule and had provided entertainment and betting options for esports fans and newer viewers together. 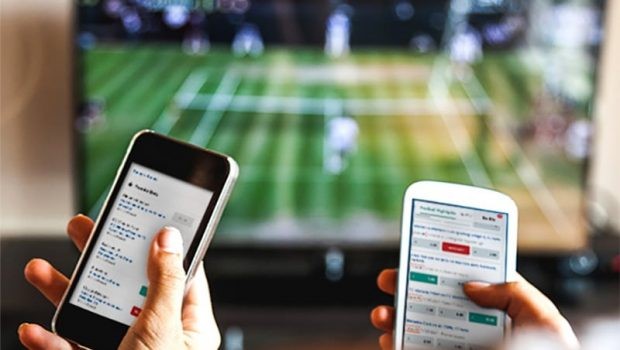 The second step came with the return of more traditional sporting events – perhaps the first to get things underway had been within the UFC and combat sports as the first events held were among the most bet in the company history and have continued on with great success as one of the more recent events in UFC251 beat previous pay-per-view records, selling over 1.3 million buys. Other sporting events such as European football were able to return at a similar period of time, and now most recently the big US sporting events are due to return at the end of July spanning an almost full roster return in sporting for mobile betting to be at full pelt again.

There have been some challenges to overcome too, however, as recent regulation changes saw adjustments required for mobile betting operators – the first came in the form of an online credit card gambling ban, alongside a change to initiatives such as Gamstop aimed at reducing the service availability and participation options for problem players. This led to many operators choosing to register elsewhere to avoid these restrictions such as these ones here, providing players with a growing number of places to bet on the now reinvigorated sporting industry.

Sports betting and mobile gaming as a whole is very much moving further into the mainstream thanks to an evolving audience that may not have been open to the idea of doing so before, the primary audience for these markets have continued to change as older users are becoming more common meaning the options for betting and gaming are growing, and with more widespread smartphone usage too we’re seeing increasing opportunities for access – the next step for many may be a full transition to online broadcasting as we’ve been seeing recently to allow a wider audience to also get involved in mobile betting, but that’s something to come in the near future.

The 5 Biggest Benefits of a Cloud Translation Management System
A Logo Maker, Create A Logo Instantly, 100% Free Easy, And Fun