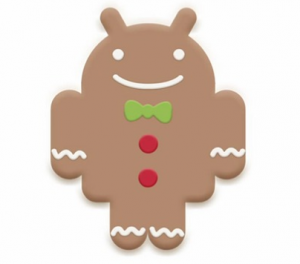 Aside from launching the second Google-branded Android phone yesterday, Google has also officially announced about the next version of its smartphone OS – Android 2.3 or more popularly known as Android Gingerbread. The Google Nexus S is expected to ship next year running Android 2.3. As for the rest of the Android phone family, roll out will be made in the coming days, hopefully. To prepare for the availability of Android 2.3, we’re giving you a quick rundown of the many features the Android 2.3 is bringing for us normal Android phone users. Android 2.3 – Simplified user interface Having used an Android phone for quite some time now, I would have to say that the Android user interface is not as simple as the iPhone’s UI. And perhaps Google knows this, hence Android 2.3 will be easier to learn, faster to use and most importantly more power-efficient. Visually, it will also be simplified via black colored theme with increased vividness and contrast to the notification bar, menus and other parts of the UI. Menus and settings will also be changed to make it easier to navigate and control the features of the system and the OS. 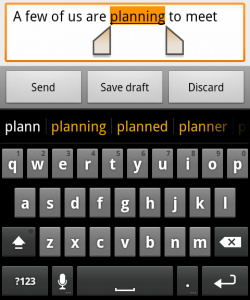 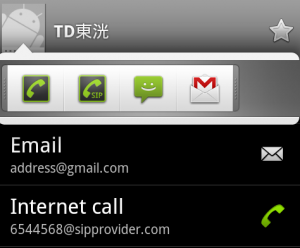 Android 2.3 – Enhanced text input Another minor complain about the Android OS so far is the not so easy-to-use default keyboard app. And I could personally attest to this based on my experience. I find it a pain to compose text messages using my Android phone. There are third-party keyboard apps available but I never really bothered to install them. With Android 2.3, this was redesigned and optimized for faster text input and editing. The keys were reshaped and repositioned to make them easier to see and press accurately even while you’re in a hurry. Current character and dictionary suggests are now larger and easier to read. Another new feature is multitouch key-chording. This lets you quickly enter numbers and symbols using “Shift+and?123+” without needing to switch input modes. Android 2.3 – Power Management Android 2.3 will have better power management feature related to controlling and managing apps that maybe running in the backgroud or in use. It will also give you an accurate overview of how your Android phone’s battery is being used including information such as usage and power consumed by components and applications. Android 2.3 – Managing Android Apps A new shortcut to the Manage Applications options is now in the Options Menu in the Home screen and Launcher. This makes it easier to check and manage app activity. A new running tab will also be displayed listing active apps and the storage and memory used by each apps is given. Android 2.3 – Near Field Communication This is one of the most highlighted feature of Android 2.3 Gingerbread. It allows you read and interact with near-field communication (NFC) tags by swiping or touching an NFC tag you encounter in your everyday life. NFC tags can be found on posters, stickers or ads. By reading NFC tags, you can use these data as link to websites containing more information about the product that bears the NFC tag. In addition, Android 2.3 will also support front-facing camera so expect new Android phones to have this feature already, just like the Nexus S. So there, are you excited about Android 2.3 now?

Smartphone Coasters for Android Phones, Anyone?
YouTube 2.1 Android App is Now Part of the Android Market