Is your Android Device Spying on You?

Do you ever stop in the middle of a conversation and ask yourself if your Android smartphone/tablet or whatever is spying on you?

Well, the truth is that we live in a 1984’sh world in which everything tech-related has the potential of spying on its owner and the latest confirmation of this apparently paranoid assumption comes from Samsung themselves.

In a recent statement, Samsung admitted that their smart TVs (running on Android, yes yes) are very capable of collecting and transmitting your personal data to a third party.

Basically, we’re talking here about the voice recognition technology, which is present in almost all smartphones and more recently in smart-TVs.

Samsung’s television sets are using a voice recognition feature  that is activated by default in all their TVs and smartphones unless you choose to deactivate it.

Basically, all Android running devices, including TVs and smartphones are susceptible to exploits by third parties, and there goes your privacy .

But I’m not talking hackers but Samsung themselves, check this out their statement from the privacy policy :

“if your spoken words include personal or other sensitive information, that information will be captured and transmitted to a third party.“

“In addition, Samsung may collect and your device may capture voice commands and associated texts so that we can provide you with Voice Recognition features and evaluate and improve the features.”

Got it? Your smart TV is spying on you, pure and simple. The best part of the story is that even if you choose to deactivate the voice recognition feature, you’re still “wide open”, because guess what: Samsung still collects your data (and the NSA most probably does it too).

That’s the internet of things, ladies and gents, you were warned. 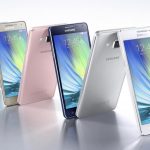 Samsung Unveils New Gen Galaxy A5 and A5 Duos (Dual SIM)
888 POKER APP – IF YOU ARE MISSING IT, DOWNLOAD IT NOW!