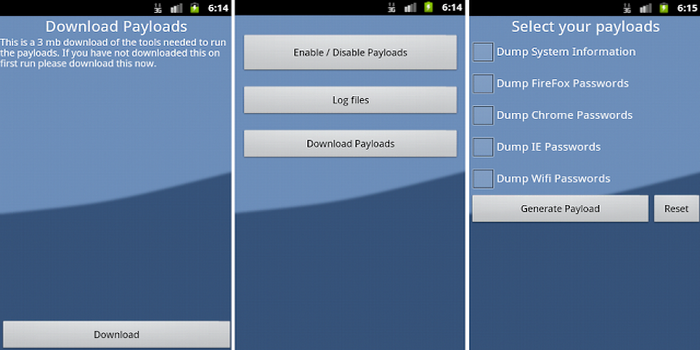 New Android Malware has been discovered, it is known as “USB cleaver” and it’s a sneaky one this time. You may ask yourself why is this different from your regular malicious software infecting your digital belongings Well, the new Android Malware is capable of infecting both your smartphone and your laptop/personal computer. And its final goal is draining your bank account or your Pay Pal account, anything related to online banking, because its primary mission is to steal your personal sensitive data. And, as you might have guessed, nothing is as personal as your private bank account, am I wrong? I’m sure as Hell not! This brand new hacking tool was first discovered by the good analysts from F-Secure and it very soon became obvious that the USB Cleaver is perfectly capable of “borrowing” your private data if your smartphone is connected to a computer which runs Windows OS. Also, the Android Malware features an intelligent design, as it acts like some sort of a scout, gathering information about your system which will be used on a later cyber attack on your machine. I mean, how clever these guys are? They should work for our Government, don’t you think? Wait, maybe they ARE working for Big Bro! Just kidding, maybe. In order to take advantage of the Android Malware, the alleged hacker must install that USB Cleaver app on the targeted Android running device, which once installed and executed, it downloads a ZIP archive from a remote private server and the downloaded archive is then unzipped and you may found it in /mnt/sdcard/usbcleaver/system folder. The USB Cleaver is then used in order to sniff all your sensitive data, like passwords from your internet browser, the password from your wireless network, everything that may sound appealing to a hacker and which may be later used in emptying your bank account. When the infected Android device is connected to a PC via USB, the /mnt/sdcard is mounted and if you did not disabled the “autorun” function in Windows (99% of its users never do that), the file go.bat and the Android Malware is executed on your machine. Next, well, you don’t want to know what happens. Basically, all your important data is harvested by the hacker. The file containing your private data is stored then in /mnt/sdcard/usbcleaver/logs . Source : HackerNews &nbsp; &nbsp;

Facebook Android app security flaw affects those who don’t even use the app
The new Motorola X Phone ad: It could mean more than we know