Within days of Samsung’s announcement that they are working on a smartwatch, Google made a similar announcement. The same super-secret lab that brought you the Google Glass; the 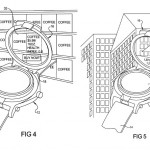 Android based glasses, is now working on an Android smartwatch. This new Android based smartwatch will have many of the same features of a smartphone such as: Wi-Fi capabilities, a camera, a flip-up display, GPS abilities, health monitoring, alarms, email, notifications, apps, and a touch interface. The wrist mounted device is also rumored to be able to interface with other Android devices like your Google Glass, smartphones or tablets. Best of all…the Google smartwatch might even tell the time.

An Android based smartwatch sounds great but by the time it finally hits the market (release date still to be announced) it won’t be alone. Along with Samsung, other companies are developing their own smartwatches, such as: Apple, LG, Sony, and more in the near future.

The wearable technology race has begun and just about every major company is throwing their hat into the ring vying for a piece of the wearable tech pie. The question is: Will these new smartwatches be the next big thing or will they flop? Not too long ago Microsoft had their own smartwatch called the SPOT which was quickly discontinued back in 2008. LG also made an attempt at a smartwatch in 2009 that met with little success and was also discontinued. Will Google’s Android smartwatch share the same fate as its predecessors or will it soon live on everyone’s wrist in place of that outdated watch that just tells you the time. From the sounds of it we all may soon be covered in wearable technology. First came the Android smartphone, then the Android tablet, now Android Glasses, and soon an Android watch. What will they think of next? Source – Wired