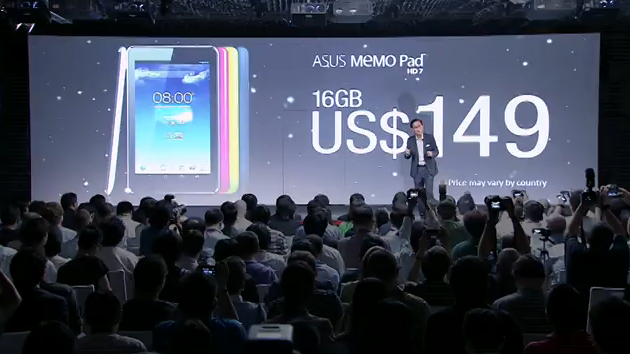 There have been a lot of Nexus 7 rumors popping up lately, and things got a little more interesting today as ASUS officially announced the Memo Pad HD7. The Memo Pad HD7 is the latest tablet from ASUS, and it’s basically a cheaper version of last years Nexus 7 with a few new additions. The Memo Pad HD7 will come in a variety of colors along with a 5-megapixel rear shooter. The other addition is the microSD slot which lets you expand the storage on the HD7, that’s something that was sorely missed on the Nexus 7. As for the specs, here’s what we know…

The Memo Pad HD7 may not be that impressive on paper, but it certainly packs a punch for the price considering you’ll be able to get the 16GB version for $149. If you want to go cheaper, the 8GB version can be yours for around $129. No firm release date has been set, but ASUS has said that both versions of the Memo Pad HD7 should be available sometime in July. Source – The Verge