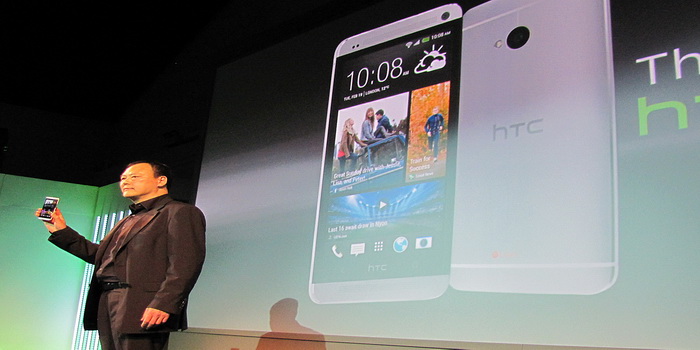 The Taiwanese company struck gold with the HTC One, just the day before yesterday announcing they sold over 5 million units, now there are rumors all around the place about a bigger, better version of the company flagship. HTC were plagued by various troubles lately, from a migration of its top executives to other companies to shortages in the supply of essential parts and technical difficulties. Yet, they managed to work them through and now they are eager to recoup the lost momentum. Recently, rumors about a bigger version of the HTC One surfaced, they claim that the new HTC One will have a huge display, with a screen size of up to six inches. This is not the first rumor about a new HTC One version, there were others claiming HTC is working on special  HTC One  for the US market just like the Samsung’s S4 , without the Sense UI, running on pure Android. Others claim that a smaller version of the HTC is also in the works, besides its smaller size being downgraded also, called HTC M4 and running on a dual-core instead of a quad-core CPU, with 2 GB of RAM, a 4.3 inches wide screen and boasting an Ultra Pixel camera sensor. At Google’s I/O developer’s conference, there were rumors about a HTC One edition running on pure Android, like the Galaxy S4 Google edition. Actually, Hugo Barra mentioned in the keynote the HTC One, before announcing the S4 Google Edition, so it is possible that Google works with HTC too in developing a pure Android running HTC One, who knows? And finally, the cherry on top, the rumors about the huge  HTC One , but besides its bigger screen, we really don’t know anything for sure, it is supposed to have the same technical platform like the current flagship. But your guess is as good as mine. If anything is to happen, it will happen during this summer, that’s for sure. Source : techspy &nbsp; &nbsp;

Samsung Galaxy Tab 3 Confirmed, Running on Android and with Intel Atom Chip
The Best New Android Games of the Week – May 25, 2013