Good news for Orwell fans from China, as according to the South China Morning Post, the communist regime is currently building an armada of bird drones to spy citizens. Basically, if you’re a Chinese guy or girl, and you see a pretty little bird nearby while you’re sipping tea in the park on the bench, talking about good things obviously, it may very well be a a high tech drone. It has been reported that more than thirty Chinese government and military agencies have been using bird-like drones to spy on citizens over recent years, in at least five provinces.

The new spy drone looks and moves like a real bird, at least from a distance, as it realistically mimics the flapping wings of a regular bird, as it uses a couple of crank rockers powered by a small electric motor. The bird-like drones come fully equipped with a GPS antenna, a HD camera, a data-link system with satellite com capabilities and a flight control system.

Currently speaking, the Dove program is relatively small scale, but there’s potential for growth in the future. No kidding. As per a RAND corporation “think-tanker”:

To monitor its over one billion subjects, China already uses Orwellian techniques, including a social-media based personal score to shame their populace into submission, artificial intelligence/face recognition and all sorts of goodies.

A thrush had alighted on a bough not five metres away, almost at the level of their faces. Perhaps it had not seen them. It was in the sun, they in the shade. It spread out its wings, fitted them carefully into place again, ducked its head for a moment, as though making a sort of obeisance to the sun, and then began to pour forth a torrent of song. In the afternoon hush the volume of sound was startling. Winston and Julia clung together, fascinated. The music went on and on, minute after minute, with astonishing variations, never once repeating itself, almost as though the bird were deliberately showing off its virtuosity. Sometimes it stopped for a few seconds, spread out and resettled its wings, then swelled its speckled breast and again burst into song. Winston watched it with a sort of vague reverence. For whom, for what, was that bird singing? No mate, no rival was watching it. What made it sit at the edge of the lonely wood and pour its music into nothingness?

He wondered whether after all there was a microphone hidden somewhere near. He and Julia had spoken only in low whispers, and it would not pick up what they had said, but it would pick up the thrush. Perhaps at the other end of the instrument some small, beetle-like man was listening intently — listening to that. But by degrees the flood of music drove all speculations out of his mind. 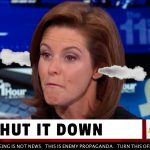 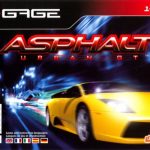