According to CNN’s Rafia Zakaria, an opinion-contributor of sorts, Alex Jones getting banned from a variety of internet-platforms is just the first step made by big-tech towards criminalizing hate speech, whatever that means, as a form of terrorism.

From CNN, “Rafia Zakaria: It’s an important step in recognizing hate speech as a form of terrorism”:

The stripping of InfoWars from Facebook, Apple and other platforms is an important step in the recognition of nativist, nationalist and white supremacist hate speech as a form of terrorism.

In the aftermath of the decision of various service providers to stop carrying InfoWars content, there are many who will say that this represents an unprecedented affront to free speech and First Amendment rights. As a Muslim-American who has seen the detestable anti-Muslim propaganda of InfoWars content replicated across the worldwide web and popularized via Apple, Spotify and others, I know nothing could be farther from the truth.

The United States denies First Amendment protections to those sharing views involving support for or agreement with foreign terror organizations. In the case of Ali Shukri Amin, the Virginia teenager who was charged with providing material support for terrorism based on his tweets and blog, a US Federal Court declared that First Amendment protections do not apply to those who are being charged under the Material Support for Terrorism statute.

Speaking of “anti Muslim propaganda”, if you’ve never listened to Alex Jones show on Infowars, you must know that he constantly and consistently opposed America’s wars in the Middle East for the last couple of decades. For the record, CNN stood behind and pushed every last one of them. And they’re still doing it. Here’s CNN on April 5 last year, a couple of days before Trump’s symbolic Tomahawk airstrike on a Syrian airport:

CNN has child blatantly read off a script in push for war to overthrow Assad, calls it a "7-year-old Syrian girl's heartbreaking plea." pic.twitter.com/bmk6PjsoHn

In the aftermath of the attack, on April 7 2017 Fareed Zakaria claimed that Trump bombing Syria actually made him president, finally:

Here’s more from the CNN article:

Sadly, domestic terrorism, or Jones’ dangerous speech, in which he claims that he is in a holy war against Islam, is not prosecuted under that statute. This is a failing that has permitted the proliferation of platforms such as InfoWars, their presence on popular platforms a legitimization of sorts for their content.

This new decision is a step forward in recognizing that hate outlets, such as InfoWars, are complicit in domestic terror, and a relief to Muslim-Americans, like myself, who have been the target of online assaults and threats.

Basically, the concept pushed by this CNN pundit is that if you oppose Islamic terrorism and mass immigration from Muslim countries is a terrorist act, while Islamic terrorists in the West are the actual victims.

” ‘Hate Speech’ Is A Form Of Terrorism”. Now,  this is DANGEROUS talk!

This can never be allowed to stand as an argument against free speech! Even ‘hate speech’ is protected ‘free speech’ .
The Supreme Court unanimously reaffirms: There is no ‘hate speech’ exception to the First Amendment

I’m telling you: the next shoe to fall for Infowars will be having their DNS registration revoked. They test drove that one on The Daily Stormer. No one cared because “I’m not a Nazi, so…” And you know how the rest of that poem goes. Now, if you ask me, they’re panicking because they’re losing. Corporations are taking the first steps in moving society to criminalize the freedom of expression by censoring who they disagree with. And it all started when the government refused to enforce the Sherman Act on Microsoft. After that “antitrust” was never even whispered, giving rise to this corporate/fascist world.

And they still will not say what “hate speech” Infowars has actually done. The FCC needs to start investigating CNN at this point. This is far beyond their broadcast mandate. 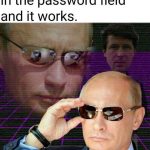 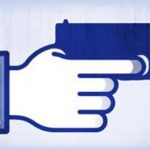