“Today’s decision rejects the business model that supports Android, which has created more choice for everyone, not less,”

Even if Google is an American company, US lawmakers have failed thus far to take comprehensive steps in mitigating the “Google Question”, as most of them are still arguing with the “what about muh free markets bro” meme and similar stuff.  When Microsoft did pretty much the same thing with IE, they were taken down for it. In the US, that is.

Then, big tech hired lobbyists. Most likely Google learned from that. It is silly to say that the monopolistic positions held by tech behemoths ( which were seeded with taxpayers money by the way and benefited from US infrastructure etc) like Google and Facebook allow them to provide products for free to consumers.  For advertisers, they are are the only game in town, so they are able to drive up the costs of ads, which in turn drives up the cost of the products advertised.

Just because you don’t see the harm directly, does not mean it is not there.  Once upon a time, it looked like Silicon Valley would promote innovation, competitive products, and free people.  Now it is just the opposite.
One the other hand, if the EU doesn’t like how Google is offering its Android OS and search engine for free, why don’t they mandate a “fair competition” among EU countries by asking Google to charge those apps and services to their consumers, and let the rest of the world enjoy the free stuff?

I am sure Google and other American companies are not afraid of competing in any market places.The truth is, the integration of Google’s core mobile applications results in a superior user experience. There are no fewer than 6 alternative browsers available on the Play Store, as well as Bing and Yahoo search apps. Therefore, the consumer retains the ultimate decision as to the complement of apps in their mobile environment. 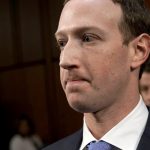