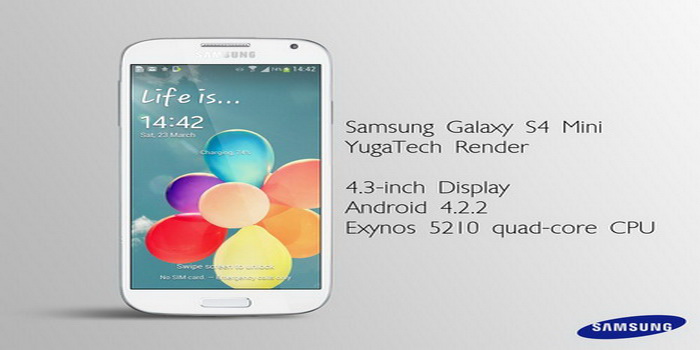 There were quite a few rumors lately about the Samsung Galaxy S4 Mini, now the smartphone’s picture appeared on Samsung’s Apps Website(don’t mind the photo’s specs, it’s a concept folks). So, we may assume that it’s a done deal, even if Samsung kept quiet until now. Actually, we have no official statement about the little Galaxy S4 from the Korean manufacturer, and this may seem strange. Anyway, we must wait and see things developing. 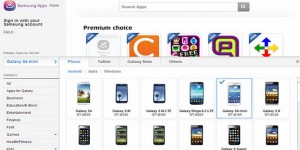 Samsung’s Apps doesn’t say much about the Samsung Galaxy S4 Mini, and that’s quite normal, since the site’s main function doesn’t cover tech specs, it’s focusing on Apps for smartphones, doh.  But looking at the pictures, we can see that the design of the Galaxy S4 Mini resembles its bigger brother.

Nothing surprising here, since this is a trademark of the Koreans, all their smartphones look alike and share the “Galaxy” code-name.

Another thing about the Samsung Galaxy S4 Mini is that it seems to feature the weather widget present in the “normal” S4, which means that it will also run on Android 4.2.2, also we can see its model number,GT-I9195.

While the exact tech specs are not shown on Samsung’s Apps website, there are a few rumors about this baby, let’s have a look. “They say” that the Samsung Galaxy S4 Mini will be powered by a dual core processor, unlike its bigger brother, which has a quad core CPU. The display in the S4 Mini will have 4.3 inches of qHD resolution, it will be a Super AMOLED screen with a resolution of 960×540 pixels, running on Android 4.2, with a cool 8 Megapixels camera  and a 2100 mAh battery.

What we have here is an “official” leak, let’s wait for the official launch of the S4 Mini, shall we?