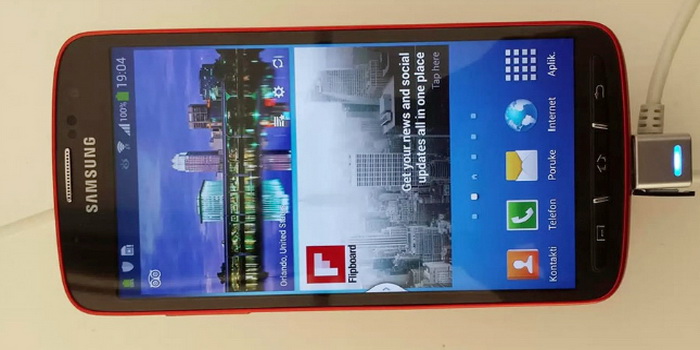 Samsung will hold a press conference on June 20’th in which they will show off their latest devices, the Samsung Galaxy S4 Active and S4 Zoom; but already the tech specs surfaced online. If you are an Android fan, and you probably are since you’re reading this article, stick around and have a look at this: A Russian tech website (those sneaky Russians!), High-Tech.mail.ru, claims that it has the tech specs of the aforementioned smartphones. The first one, the Samsung Galaxy S4 Active is a hard-core version of the current flagship, the Galaxy S4. The S4 Zoom looks like a close relative of the S4 Mini, which also is ready to go hitting the markets soon enough. The Samsung Galaxy S4 Active is expected to be shock proof, water and dust resistant, whilst keeping the big brains of the current flagship, the Galaxy S4. It will feature a 5 inches wide Super AMOLED display, capable of full HD resolution, a system on chip powered by Qualcomm’s Snapdragon 600,  being a quad-core CPU of course. Demanding graphics will be taken care of by the Adreno 320 GPU, it will have 2 GB of RAM and 16 GB of internal storage, the heart of the device is Android OS 4.2 JellyBean. In terms of connectivity, the S4 Active will have Bluetooth 4.0, Wi-Fi 802.11 a/b/g/n, NFC, IR blaster and everything else imaginable in a high end smartphone. And last but not least, the power plant is a 2600 mAh Li-Io battery. The Galaxy S4 Zoom will focus on multimedia, as the name suggests, but at the moment we don’t know for sure very much about the megapixels and resolution and the like. The rest of the specs are the usual for a mid-ranged droid, i.e. a 1.6 GHz dual core CPU, no LTE connectivity, Android JellyBean on-board, 8 GB of internal storage, Bluetooth 4.0LE, Wi-Fi 802.11a/b/g/n, A-GPS powered by a 1900 mAh battery  and a rumored 16 MP camera with 10x optical zoom. Source  : high-tech.mail.ru

Alcatel One Touch Idol coming to the U.S. for $299
New Nvidia Shield video shows off pre-loaded games and what to expect from the upcoming handheld