In the creepy side of the news, Google’s  Gmail smart responses are the new “kid on the block”, the cutting edge of the techno-sword, you know the drill. Basically, smart responses are aimed at people too lazy to respond properly to an email, so Google decided to save you some time and to suggest email replies on one’s behalf. This is pure genius, or creepy as hell, depending on whom you ask.

Basically, if you’re okay with an AI machine reading all your emails (that would be Gmail for normies) and then suggesting email replies on your behalf, a feature (not a bug) already available on Android running devices, then you won’t have a problem with Gmail smart responses. The feature is called Smart Reply actually, and it uses Google’s AI machine-learning technology  for creating automatic email responses. Nota bene, your emails are not actually read by a human (that would be impossible, there are not enough Indian folk looking for jobs at the moment), but scanned by smart algorithms (who forward the really interesting stuff to humans I suppose based on keywords, NSA approves of this message), then the Smart Reply will hit you with 3 short and witty responses, depending on the context obviously.

I must confess  I always use the auto response: Sorry, at the moment I am having a Nervous Breakdown. I will respond to your message after the Thorazine wears off. Joke aside, just ask yourselves: how could this technology be possible without scanning one’s emails? It seems many email providers who have said they don’t have tracking in email, actually do.

If you think Google doesn’t need to become scarier than it already is, you can disable the “Smart Reply” feature on a mobile device by simply going to “Settings” and unchecking the box next to “Smart Reply.” 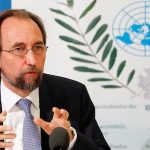 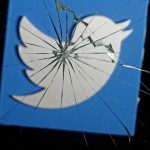