Alright, for those of you who are solid Google fans who are using most of the mobile apps that Google has put out on the Google Play store, you’ve got a couple of apps due for update now. These are the Google Play Music and Google+ Android apps. Both updates to these two apps are free and available now if you fire up Google Play app on your Android devices. For Google+, the update brings in support for adding a link to a post you are creating. There’s also a new notification try and additional community moderation features. Unfortunately, Google did not list down these communication features so just have to find out what these by yourself. And you can do that by updating Google+ on your Android devices. Meanwhile for the Google Play Music app, the update will enable instant mixes to continue beyond 25 tracks. The Google Play Music widget was also given an update, specifically adding the previous track button. Honestly, I’ve never noticed that this button was missing before but for those of you who’ve missed this, well Google is giving it to you now. 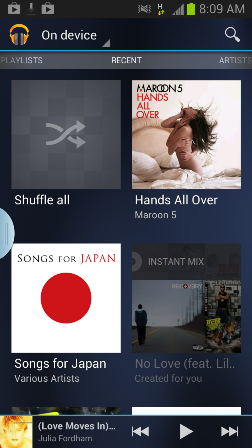 Another new feature is the new default album art as well as the ability to see the progress of downloading an album and playlist pages when you pin an album to keep on your Android device.  Finally for Samsung Galaxy S3 users who have experienced freezing of the app before, well that bug is now fixed with this update. So there you go, hit the Google Play links below to get both these updates to the Google Play Music and Google Plus Android apps, now. [Google Play Music], [Google +] &nbsp;