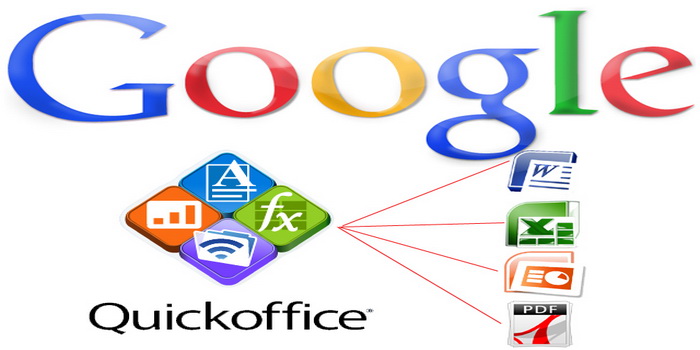 The future “Microsoft Office Killer” is now available in the Chrome OS developer channel. I am talking about Google’s own word editing software, the QuickOffice, which now offers the possibility of editing Office documents within the operating system itself. Until now, you had to use Google Apps, which is, for the moment, a much better tool than QuickOffice. But this is the first time for the QuickOffice to made a public appearance, since Google bought the software suite for a mysterious amount of money, back in 2012. In Alan Warren’s own words: “Today, consumers, businesses, and schools use Google Apps to get stuff done from anywhere, with anyone, and on any device. Quickoffice has an established track record of enabling seamless interoperability with popular file formats, and we’ll be working on bringing their powerful technology to our Apps product suite.” Alan is the Google Engineering  Director and he explained in a blog posting that the QuickOffice is the missing link between Google Apps, which provides the functionality when it comes to word processing software and the compatibility when it comes to  Chrome OS. It was suspected for a long time now that QuickOffice will replace the Google Docs and at Google’s I/O conference, Sundar Pichai, the big boss of Google’s Chrome, stated that in two or three months, the QuickOffice will be available in the Chrome OS, and it just happened. Google’s QuickOffice is widely regarded as the Microsoft Office killer, because guess what: it’s completely free of charge, like most of Google’s software. And why pay hundreds of dollars for a Microsoft license when you can get the same functionality and features free of charge? Well, for the moment, Google’s word editing software is not even close to Microsoft’s Office, in terms of functionality, but that day will come soon enough, in my humble opinion.

Even if today, the QuickOffice is still lagging behind Google Docs, at least it looks pretty damn’ cool, don’t you think? And Google is working hard on improving its capabilities. With the QuickOffice, today you can view/edit Word and Excel documents, but PowerPoint is still out of the picture. To be continued, soon enough, stay tuned! Source : Google &nbsp; &nbsp; &nbsp;

And Yet Another Rumor About the Samsung Galaxy Note 3, It Will Feature A Flexible Display
Display Smackdown: LCD vs. AMOLED! Which one is Better for Outside?