Here is the new HTC One Mini 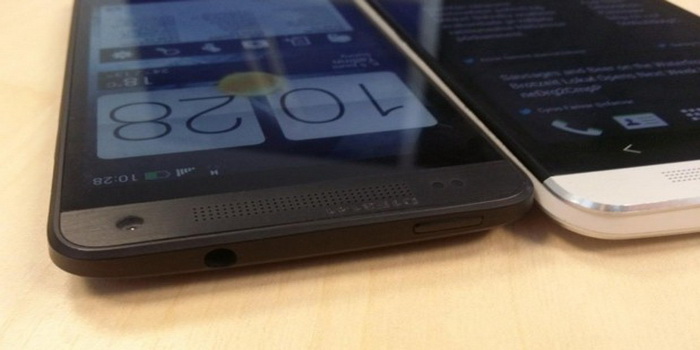 After the HTC One hit the markets and it was a huge success with impressive sales figures, we were all expecting  the new HTC One Mini, which was rumored countless times but until now, it was all hear say. Now, we have a real picture to go with the rumors,behold the latest in HTC’s portfolio, the HTC One Mini. This picture comes from an insider within the company and along with the snapshot, he revealed some of the tech specs of the device : 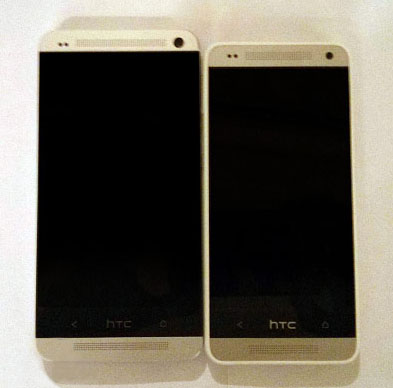 Indeed, HTC’s secret project M4 seems to be the new HTC One Mini. It comes with a smaller screen of only 4.3 inches wide and its raison d’etre is to be the budget version of the current flagship, sharing the same design and name tag, but with less impressive features and dimensions. And yes, this is Samsung’s marketing strategy, HTC is learning fast. Just like the Samsung Galaxy S4 Mini, the HTC One Mini is a downsized version of the flagship, but with a few notable differences, the most striking being the display, which will be pretty far away from the HTC One’s, in terms of size and especially resolution, now with only 720p capability vs the 1080p Super LCD 3 display on its bigger sibling. The casing looks to have the same unibody design, made entirely of aluminum with the Beats Audio logo on its back, but now the front panel has some plastic stuff on it, making it look cheaper. Another thing missing is the infrared sensor, so you can’t use your HTC One Mini as a remote control for your household appliances. That’s about all when it comes to design differences. The CPU is a dual core unit, it looks like a Snapdragon 400 system on chip from the benchmarks, clocked at 1.4 GHz, the same setup as in HTC First. That’s about all we know until now, stay tuned for more news. HTC One Mini is expected to be launched later in the summer, at the end of August most probably. Source: engadget &nbsp;