HTC Planning to Roll Out Android 2.3 to the HTC Thunderbolt Soon 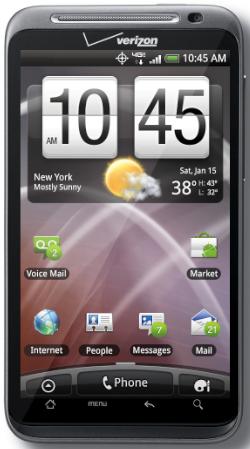 We’ve been under the assumption that the HTC Thunderbolt would be upgraded to Android 2.3 sometime in Q2, because that was the initial promise made to us by HTC back in March.  However, as soon as the calendar turns to July, Q2 will essentially be over and it is highly unlikely that HTC will push out the update in these final days of June. Fortunately, a Thunderbolt owner reached out to HTC regarding a reboot issue and the HTC rep said a fix would be “released soon” and that Android 2.3 will be coming in the same update.  The full email message can be read below.  And while we do not have an exact time frame by which to go by, it does seem like HTC is determined to launch Gingerbread on the Thunderbolt hopefully in the next few weeks.

Dear Adam  XXXXX, I understand how important it is for your Thunderbolt to function properly and I apologize that you have been experiencing rebooting of the device. HTC and Verizon are aware of this issue and an update will be released soon that will address the reboot issue, and bring the Gingerbread 2.3 upgrade on board, as well as several other enhancements. Although I don’t have an official release date to provide you, this update will be released soon. Please monitor our website for further information as the release date moves closer. To send a reply to this message or let me know I have successfully answered your question log in to our ContactUs site using your email address and your ticket number xxxxxxxxxxxxxxxxxxxx. Sincerely, Jessica HTC Want to see what others are saying? Have a question to ask other HTC fans?