As the title reads, if you have root access on your droid, you’ll no longer be capable of playing Pokemon GO. Yes, that sucks. There’s no other way to put it. Basically, if your second job is Pokemon trainer, you should try Uber instead.

Niantic announced recently their zero policy with regard to rooted Android smartphones via their latest update of the (amazingly enough) still popular Pokemon GO. I am talking about the infamous v.0.115.2. update, which is capable of searching through your droid’s innards and look for any type of file that may be related to rooting. That’s a no-no procedure for Niantic, boy. If anything fishy is found, your Pokemon GO privileges will be revoked in an instant.

As you might imagine, this move made a lot of Pokemons (especially on Reddit) unhappy, and some even argue that Niantic went full Big Brother on its users, as in they are abusing the game’s storage-read permission to look for nefarious signs of unholy rooting. The problem with rooted droids in Niantic’s view is that they may be cheating. And they may have a point here, truth be told.

The problem for Niantic is that some people who did not root their droids are also banned. For example, a Redditor has said that Niantic treated him as his droid was rooted just because his smartphone had an empty Magisk Manager folder, which appeared following a failed rooting attempt, or something along these lines.

The truth is, this doesn’t help at all, but just pisses people off that actually want to root their phone for the benefits rooting gives. There are a bunch of apps that work without root to cheat on this game. Dumb move, Niantic. And remember: sometimes it just isn’t worth updating an app… especially if it’s working properly to begin with. Beware updates that give shady/no reasons as to what the update involves (ahem: Google). 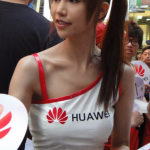 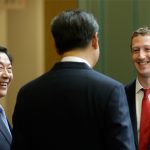