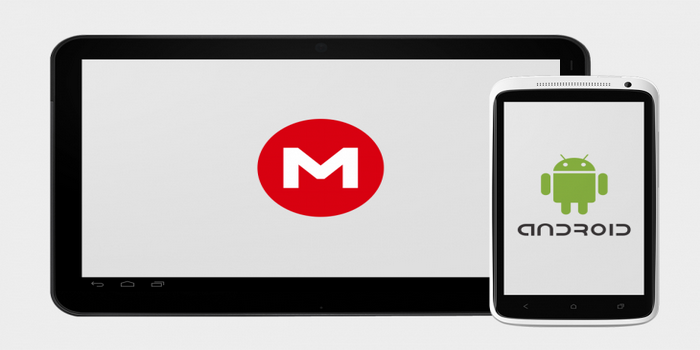 Kim Dotcom just acquired and released the free Mega Android App   for their file sharing /cloud storage service in New Zealand.As you may know, after the Megaupload was closed down by the US Authorities and Kim himself was arrested and all his servers were sequestered, now he is back in business. His new cloud storage service was renamed Mega and it’s now fully encrypted. You may benefit from a free membership, with 50GB of storage space, or you can pay for extra space and features. Now, the free Mega Android App  just arrived and it can be downloaded from Google Play. Just click and install, it’s easy as pie. The good people from Mega told us that they are working hard for iOS and Windows apps, and they are  in the final stages of development, which translates into a very close launching date. But Mega did not revealed anymore details about their features or when they will be available exactly. Kim Dotcom announced obsessively about a free iOS app in the works, so if you’re close to the subject, it’s kinda weird that the Google app was released first. Taking a look at the changelog of the  free Mega Android App on Google Play, it reads that : “The app has been acquired by Mega and is now being maintained by Mega contractors.” In my opinion, Kim mad a logical choice by picking the Android App to be released first, because Android is the most popular mobile OS in the world. Don’t forgeth that the Mega Android App  comes free of charge and with a decent set of features, among them: -you can freely browse your Mega account from your Android running device -the free Mega Android App permits very fast uploads/downloads on your Droid -with CameraSync, you can upload your photos/videos into your Mega account automatically, so storing space is not an issue anymore -you can easily search for your files on your Mega account -you can create public links for your content stored on Mega, via the droid app -you have full controll, i.e. deleting, moving and creating folders on your Mega account &nbsp; The Android app comes with a new design and  it offers identical thumbnails  as the Mega website. Source : Google Play &nbsp;