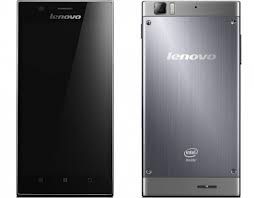 A product with huge aesthetic appeal is always an attention grabber but when combined with power, it elevates to the “must have” levels.  Lenovo K900 is turning out to be one such device. One can argue that a beautiful smartphone which lags is totally unacceptable or some might say that a fast phone which looks like a glass brick is no deal. That is why Lenovo K900 is looking to mesh best of both worlds and impress you with its beauty and power. Debuted at CES 2013, the Lenovo K900 was packing a dual core Intel Atom processor while other companies were showing off their quad core smartphones. We admit we were also a bit skeptical about the idea of a dual core flagship smartphone. But recently PhoneArena reported that the Intel Atom packing Lenovo K900 might be able to set a new standard in mobile processor speeds. The site came across a detailed benchmark, detailing that the Lenovo K900 is indeed a powerful machine all thanks to the Intel Atom. The smartphone scored almost 27,000 points on AnTuTu benchmark, while HTC’s flagship Droid DNA squeezed only 14,000 on the average. A point to be noted is that the HTC Droid DNA uses a quad core Snapdragon S4 Pro processor. PhoneArena reckons that the Intel Atom clocking at 2 GHz will be able to outperform Galaxy Note 2 too, which has a quad core 1.6 GHz Exynos processor. A dual core processor outclassing the juggernauts of the industry, this is something interesting. How well the Lenovo K900 performs when compared with any device featuring the next gen processors, is still unknown. Samsung is indeed gearing up to release its latest 8 core processors (Exynos 5 Octa). These results might turn out to be false though so there is a chance that the Intel Atom won’t be as powerful as we are thinking right now. Until then we will be rooting for the underdog. Source: PhoneArena