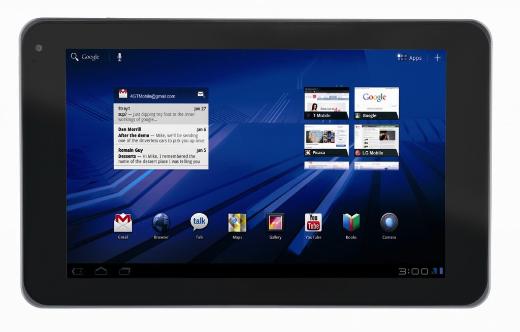 The LG G-Slate will definitely give Verizon Wireless’ Motorola Xoom a run for its money when it launches in the Spring. According to the press release announced by T-Mobile yesterday, the G-Slate features Android 3.0, 3D capability, 3D video recording, 8.9 inch HD touch screen, and 4G connectivity. Simply put on 3D glasses and you are able to enjoy 3D graphics right on your portable slate. It sports an NVIDIA Tegra 2 dual-core processor, 32GB of onboard storage space, 5MP rear facing camera, and a front facing camera for video conferencing. Unfortunately, the only time frame we have for the LG G-Slate is Spring, and we still don’t even know the pricing of the G-Slate. However, I would not expect it to be as cheap and affordable as the Dell Streak 7, but its pricing will be competitive with the Xoom and iPad 2.