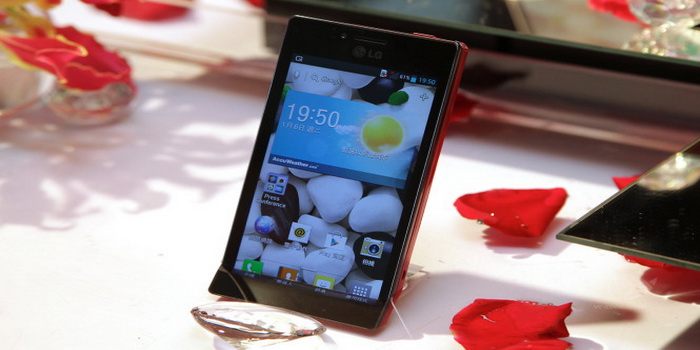 The LG Optimus GJ was officially announced today in Taiwan. The latest in LG’s smart phone portfolio is basically an upgraded version of the Optimus G, featuring dust and water resistance. It seems to be a trend in the smart phone world, started by Sony with the Xperia Z and Motorola with the Defy smart phone, and now reaching all companies, including Samsung recently with the S4 Active and now LG. &nbsp; LG’s Optimus GJ is capable to survive under one meter of water for thirty minutes, so you can safely take a shower while playing an Android game on it, or something. &nbsp; Beside the roughneck capabilities, the LG Optimus GJ is very similar to the classic and very popular Optimus G, in terms of hardware specs. It has the same 4.7 inches wide display capable of 720p resolution, its Android OS is powered by a Snapdragon S4 Pro chipset featuring a quad core CPU clocked at 1.5 GHz and sports 2 GB of RAM. Pretty impressive specs for a tough smart phone, don’t you think? &nbsp; For multimedia, the LG Optimus GJ comes with a 13 Megapixels shooter on the rear and a 1.3 Megapixels camera for video calls on the front. For your favorite games, movies and apps you will enjoy the 16 GB of internal memory. The Optimus GJ is powered by a 2280 mAh battery and runs Android 4.1.2 out of the box. &nbsp; LG Optimus GJ will have to face stiff competition, with top dogs like the Xperia Z and Xperia ZR, not to mention the Galaxy S4 Active, so it will be no easy ride in the park selling it on such a crowded market. Recently, even Caterpillar, a company with no ties to the IT world, launched a smart phone capable of taking abuse, the CAT B15. Source : ePrice &nbsp; &nbsp;

Go on a Minimalistic Run in COLORUS for Android
Samsung thinks outside the box: Tablet with a flexible display