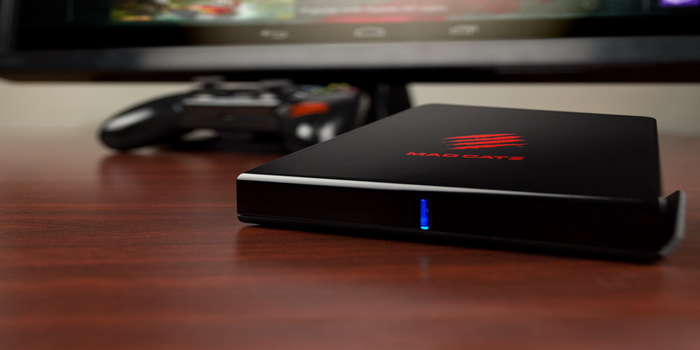 Mad Catz just announced at the E3 gaming event in Los Angeles their new Android micro-console named M.O.J.O. This new contender on the market will make Microsoft’s Xbox One and Sony’s PlayStation 4 to tremble with excitement. Not. Or at least, I’m not sure. Yet. Actually, the M.O.J.O.will be competing with other Android consoles, like the Ouya and GameStick. As Mad Catz told us, the M.O.J.O. is intended as an open platform-open source for Android games. MOJO is shipped with its own ecosystem built in and it was designed to be fully compatible with the GameSmart  peripherals already on the market. This makes it a formidable adversary for its competitors, don’t you think folks?  As we speak, we don’t have enough information about its hardware capabilities, but Mad Catz are very optimistic about M.O.J.O.’s future prospects when it comes to dominating the living room wars. Mad Catz describes M.O.J.O. as being actually a smart phone on steroids, in terms of hardware capabilities. The difference is that is comes without a display and you will have to plug it in your Home TV system instead. This approach is not new, if you remember one of my first articles, with NASA using smartphones in building cheap and reliable satellites. Obviously, the M.O.J.O. uses the same Android games and Android Apps as your regular Droid, with the advantage of playing them in your living room with your friends on a huge screen at no extra cost. As you can imagine,M.O.J.O. can be also used for watching movies, listening to music etc and it will feature wireless connectivity via BlueTooth 4.0, 2 USB ports, a HDMI and a headphone port. Mad Catz   promised that M.O.J.O. will have an exceptional battery life, yet they provided no additional tech specs except it will have 16 GB of internal memory + an SD card slot and it is compatible with Nvidia Tegra CPU’s.

The M.O.J.O. is marketed under the ridiculous name of Mad Catz C.T.R.L. Wireless Gamepad, as the C.T.R.L.  controller comes with a “mouse mode” that allows the user to play even those  games which are designed for a touch screen device. Weird enough, the M.O.J.O. doesn’t have a touch pad, yet you can play control any game in the “mouse mode” or you can always attach a mouse on the console. Source : E3 &nbsp; &nbsp; &nbsp; &nbsp;