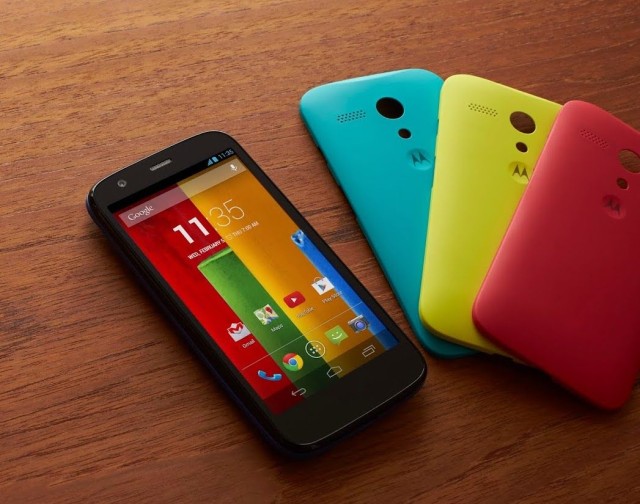 Great news for Android lovers everywhere, because Black Friday brings us the budget-friendly Motorola G, now available on pre-order on Amazon.com. If you place your order now on Amazon, you will receive your Moto G smartphone just in time for Christmas. Motorola promised solemnly that they will start shipping the Android smartphone starting from December the 6’th.

Talking about the price-tag of the device, the Motorola G is available for $179 for the 8 Gigabytes  model and  $199 for the 16GB version.

Motorola G is a budget friendly droid, basically a downgraded version of the company flagship, the Moto X. Obviously, for marketing reasons and due to its lower price tag, the G is not quite as customizable as its bigger sibling. Hence, no Moto Maker, but the inter-changeable back panels are still around, with 19 colors available for your precious droid. 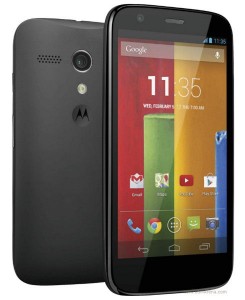 The Moto G benefits from one of the most formidable hardware platforms available for that kind of money, absolutely remarkable for an entry-level dirt cheap smartphone, it’s almost one of a kind on the market. Starting with the display, you will enjoy the 4.5 inches wide capacitive unit, boasting a resolution of 720×1280 pixels, with an impressive 326ppi pixel density and protected by Corning Gorilla Glass 3. The G runs on a Qualcomm Snapdragon 400 system on chip, powered by a quad-core CPU clocked at 1.2 GHz, obviously a Cortex-A7 unit.There are two versions, as I told you before, the 8/16GB, both featuring 1 GB of RAM. The graphics display unit is an Adreno 305, just like the ones you can find in basically all of the Nokia Lumia models. There are two cameras on the Moto G, a main 5 MP with auto-focus and LED flash, capable of HD video-recording and a secondary front facing 1.3 MP unit, for video-calling and selfies.

The smartphone is powered by an impressive 2070 mAh battery that will last you for at least two days with medium usage. The phone comes loaded with Android OS, version 4.3 JellyBean, planned to be upgraded to v 4.4 KitKat as soon as possible. 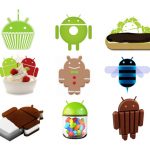