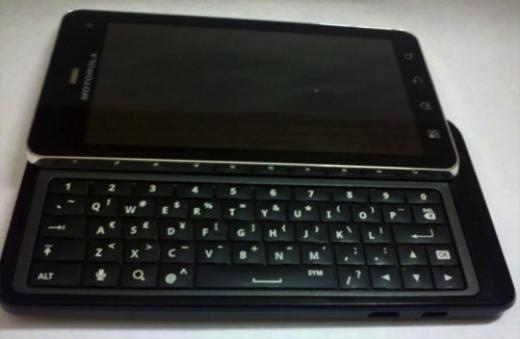 One of the more exciting rumors surrounding Verizon Wireless is the Motorola Droid 3. Since the Motorola Droid was something of a landmark phone for Android as it catapulted the young OS into the spotlight, and the Droid 2 was a success as well, it makes sense for Verizon to launch yet another device under the iconic Droid brand. To begin, the Droid 3 is expected to feature a 4 inch qHD display, similar to the display currently found in the Droid X2, but at a smaller size. The physical QWERTY keyboard has been revamped to feature a 5th row of keys that are dedicated for numbers. The Droid 3 sports a front facing camera of unknown resolution as well as a 8MP camera on the back. The Android smartphone will also operate very fast since it is will run the Tegra 2 Dual-Core processor. An HDMI out port will also be present on the device so you can display videos and photos in HD on your HDTV. Lastly, it seems to lack a 4G radio, which is probably going to be a disappointment for some, but hopefully this keeps the cost down. Word on the street is that the Motorola Droid 3 will launch sometime in June, but pricing is unavailable at this time. Keep in mind all the information reported above is subject to change, since they are merely rumors.