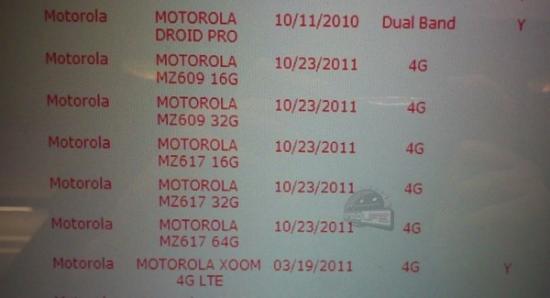 According to a leaked screenshot of Verizon’s internal inventory, it looks like the Motorola Xoom 2 will feature enhanced storage capability and built-in 4G LTE connectivity.  Specifically, we’re expecting the refreshed Xoom 2 to feature 64GB of on board storage, but other improvements and enhancements are unknown at this time. It will be interesting to see if the Xoom 2 launches with Android Ice Cream Sandwich or Android Honeycomb.  If Motorola doesn’t plan on upgrading the hardware beyond the hard drive, then hopefully Motorola pulls the trigger on Ice Cream Sandwich.  There is a good chance Motorola will launch a similar Xoom 2 model as a Media Edition version. Unfortunately, pricing or exact availability information hasn’t yet been released, but hopefully we will find out more information in the coming weeks.