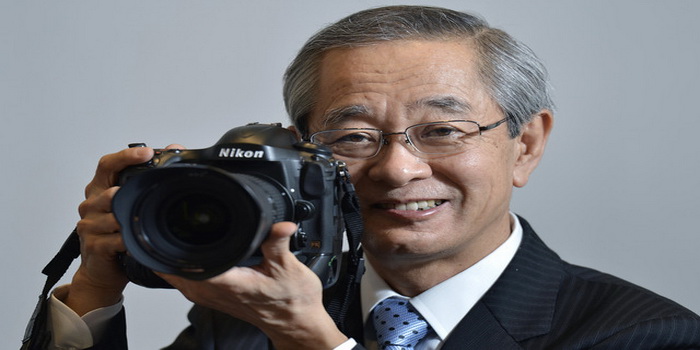 I’m not sure about you, but all my friends, myself included, are using their smart/dumb phones when it comes to taking pictures or videos on the go, not a DSLR from Nikon or the like. This is going on for some time now, I can’t even remember the last time I wished for a dedicated camera. In my humble opinion, dedicated cameras are becoming more and more obsolete. Who needs a DSLR for taking cat pictures and uploading them to Facebook anyway? Interestingly enough, it seems that Nikon, the king of DSLR, finally woke up and smelled the coffee. And it was a bad smell. Who knows, maybe they noticed, finally, a drop in their sales, or something like that. Fact is, Nikon’s president, Makoto Kimura, told Bloomberg in an interview, that he observed, after extensive studies (my guess is he looked on the window or something) that lots and lots of people are choosing smartphones instead of cameras, and that’s not so great for business. Really now, Makoto-San? Well, it was obvious, since like, 2008? Welcome to the real world. Anyway,  because most of the  people I know are more than satisfied with their 8 Megapixels shooter on their smartphone, instead of carrying around a 5 pounds DSLR, Nikon decided to take action, finally. So, in good Japanese tradition, they assembled a team of Buddhist monks, a bunch of  deep thinkers from their IT department, to address the problem. They named it “the new imaging business team” and their task is to make Nikon cool again. As they put it, they will try to give birth to a ““product that will change the concept of cameras”. My first thought when I heard that was they will invent a Katana with a camera hidden in the Tsuka (that’s the handle) . But I may be wrong, I guess. Well, if not a sword, I wonder what that might be, if not a smartphone with Nikon’s best camera technology inside its guts? Kimura-San said that , let me quote him : “We’ve centralized our ideas around cameras but can change our approach to offer products to that bigger market.” He was very vague, a riddle wrapped up in an enigma, like most Asians are. But he also used the term describing their future gizmo as being a non-camera product. I mean cmmon, what else could it be, if not a smartphone (most probably running Android OS) with a cool Nikon sensor and stuff?

Since the sales of regular smartphones are starting to drop, maybe it’s time for new ideas to surface and boost the markets. Samsung are already trend setting, with their Galaxy Camera, Nokia is also working on a smartphone featuring a monster 41 Megapixels sensor, codenamed Nokia EOS(Lumia 1020). Go Nikon, be all you can be! Source : Bloomberg &nbsp; &nbsp;