If you’re not a gaming aficionado, Old School RuneScape might not ring a bell. However, for old-school die-hard fans, today’s news is as good as it gets, as we just got word that Old School RuneScape got available via a beta release on Android, whilst testing for the mobile version of RuneScape 3 is still in the works. So, stand by for more good news soon.

Old School RuneScape is developed by a British company, a publisher/developer of sorts, Jagex respectively, and today they just released the mobile-beta version of one of their best games, a classic RPG that was first released back in 2013. Hence, the “old school” part, maybe. The latest iteration of the game would be RunScape 3, boasting updated graphics and better game-play compared to the previous generations, but this one is still in testing mode, so hold on to your hat until that day.

Old School RuneScape is very different from RunScape 3, i.e. it’s completely community based, as paying customers get to choose about the game’s updates. Speaking about democracy, this is the best example of “direct democracy”, courtesy of the mighty interwebz. Basically, 75 percent of the paying players must give their Yay-vote before an update of the game gets released.

If you’re already bursting with joy and excitement, I won’t bore you anymore, and I’ll cut to the chase: you can get the beta version from the Google Play Store by clicking  here. Keep in mind that you’ll have to run Android 5.0 Lollipop or later on your device in order to play this beta version. Also, there are performance issues with the game, provided you own a Huawei P8 Lite or Google’s Pixel C. So, be advised. Also, if you’re not a paying member, as in you don’t have a RuneScape membership, even if the app is free to download, you won’t be able to sign in on mobile. 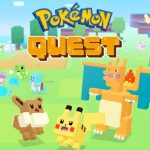 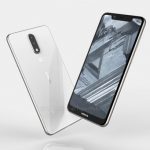