Dark Meadow: The Pact is a new Android game from Phosphor Games Studio that leads players on a journey of intrigue and mystery through a dark fairytale land. It’s a game a lot of us had been hearing about, and I for one was thrilled to see it in the Tegrazone this morning as I am the new owner of a Tegra powered TF300T. How does the game look on a quad-core tab? Read on to find out… 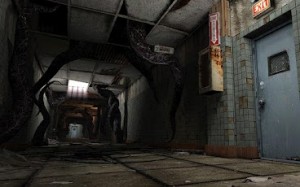 Dark Meadow: The Pact was made with the Unreal Engine 3 so you know it’s going to look good, but we’ve seen a lot of great looking games have shoddy control schemes. Dark Meadow uses intuitive gesture-based controls and lets you take out enemies from up close with your sword or from a distance with your crossbow. The game also has elements of RPG games as you’ll find clues and items hidden throughout the world that help to solve the mystery of your imprisonment. Money you earn can be used to upgrade your gear and while I have no idea how much gear there is, I can guarantee you it will be cool looking. If you’re wondering why my write-up sounds so vague, it’s because I can’t play the game. That’s right I’ve got a 4 day old Asus Transformer 300 for playing Tegra games, and they just released a brand new game I can’t play lol. There have been a few others comment on compatibility issues as well, but the game just came out so I’m sure they’ll have it running on all high end tablets and phones soon.

I really look forward to playing Dark Meadow: The Pact whenever my brand new device is deemed compatible as it looks like an awesome game. As soon as I’m able to give it a go there will be a full write-up as I’ve heard nothing but good things about the game. If you’ve got a compatible device and want to give it a run, you can pick up Phosphor Games Dark Meadow: The Pact on Google Play for free. &nbsp;