PlayJam and Android Try to Take the Console Out of Gaming 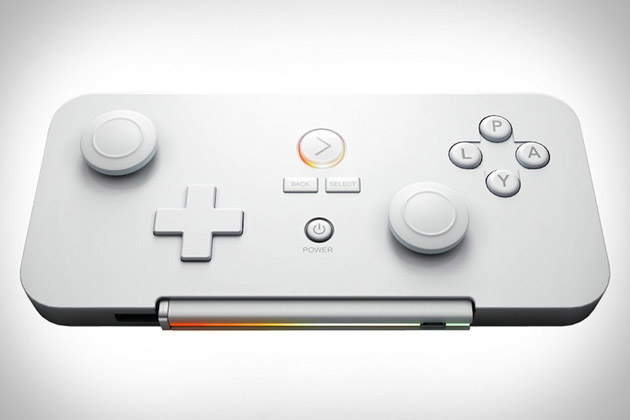 PlayJam has introduced its new Android based game system that boasts a great deal of what we take for granted in console gaming without the bulk of an actual console. This lightweight gaming system runs an Android OS, is the size of a large cell phone, and can plug into any TV with a HDMI port. The package includes a wireless game controller and the system itself is the size of a flash drive. This device flexed its muscle at the 2012 GDC and got a positive response from developers and gamers alike. The device has been titled the “GameStick” and had enthusiast reminiscing of the original Nintendo controller at first glance. 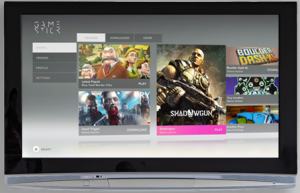 The GameStick boasts a slick user interface that incorporates a proprietary gaming store and access to Netflix and XBMC. It also flaunts 8 gigs of flash memory for storage of downloadable content. Unfortunately actual game play was only demonstrated and not available to try but the overall response from the actual feel of the controller was positive. It has been reported that the buttons and analog sticks are “snappy and have a responsive feel.” The GameStick seems to offer the same type of gaming experience offered by a smart phone but on a TV instead. This is a great starting point for this new device and will help woo developers into the fold. What will make or break this innovation in the end will be actual third party support for the games store. While this might not be a replacement for our console systems it is a move in the right direction. The GameStick is an ideal device for casual gamers and gamers on the go.  The actual types of games that would likely be available are the games that most of us carry around on our mobile devices. Seeing this in action suddenly makes you want to play Angry Birds on a 60” LED TV. Game ON! Source – TheVerge

Wreak Havoc with a Giant Catapult in Catapult King for Android
Android 5.0 Key Lime Rumored Release in May 2013