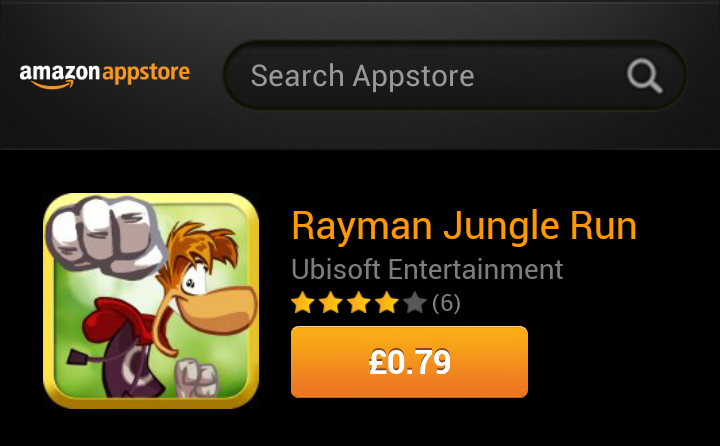 Ubisoft recently released Rayman Jungle Run on to the Android platform and it has already proved to be a very popular game among Rayman fans. The side scrolling jumping game normally retails for £2.16 on the Google Play Store as well as the Amazon app store. For a limited time however, the Ubisoft game is available for just a third of it’s normal price and comes in at 73p. To get the game at this low price however, you do need the Amazon App Store Android application installed on your Android smartphone or tablet, as Rayman Jungle Run remains at full price on the Google Play Store. Once the Amazon App Store is installed on your Android device, the game can be paid for using a debit or credit card tied to the Amazon account used with the app, rather than with a Google account. Rayman Jungle Run sees players run through various levels while jumping and flying over obstacles to collect lums – glowing fireflies and get to the end of the levels. The game features 40 levels over various worlds with each level increasing in difficulty as players progress through out the game. Rayman automatically begins running when players hit start and at the start of the game Rayman only has the ability to jump but, picks up new skills throughout the game such as the ability to fly and punch which in turn helps players complete the new levels and progress even further in the game.